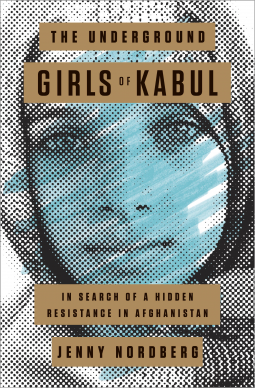 I'm reading an absolutely amazing book from Netgalley at the moment, The Underground Girls of Kabul by Jenny Nordberg. I requested it ages ago and never really got to it

It sounds amazing and from what I have read so far, it is as interesting as the blurb promises.


'Prologue:The transition begins here.I remove the black head scarf and tuck it into my backpack. My hair stays in a knotted bun on the back of my head.' 2%

I liked both of these beginnings. Although the beginning of Chapter 1 is a bit more eye-catching, the prologue was a great way of settling the reader in with the main character.


'Similar to Carol's take on the subject, it made a certain sense to Nancy: "Segregation calls for creativity, she told me."' 7%

I'm not very far into the book yet as you can see and I didn't want to jump ahead. Also, I thought this teaser was really interesting because I definitely think it's true. When people are suppressed they find ways around it.

Have you read this book? And what do you think of it?
Labels: Afghanistan Female Authors Female Characters History Investigative Journalism Jenny Nordberg journalism Memes Teaser Tuesday The Undeground Girls of Kabul Tuesday Intros Women's Rights