The Dublin Literary Award is one of the most interesting literary awards out there, in my opinion. Libraries around the world get to nominate books, including translations from other languages, which means it is a great opportunity to discover new books and authors. One of this year's judges, Daniel Hahn, wrote a really interesting post about this aspect of the award, called 'Letting In Foreigners'.

'The International IMPAC Dublin Literary Award, launched by Dublin City Council in 1996, is the world's richest literary award for a single title, with a prize of €100,000, and is open to fiction published both in English and in other languages and translated into English. In the event of a win by a book in translation, the prize is split 75:25 in the author's favour.' (Source: Foyles)

Due to the fact it is one of the few awards that allows books to be entered in translation, it always receives a huge number of entries, leading to a huge variety in who has received the prize. The long-list for this year's nominees were announced in November, which included Maddaddam by Margaret Atwood and The Ocean at the End of the Lane by Neil Gaiman, and today marked the announcement of the ten-strong short-list!


From the award-winning author of Half of a Yellow Sun, a dazzling new novel: a story of love and race centered around a young man and woman from Nigeria who face difficult choices and challenges in the countries they come to call home. 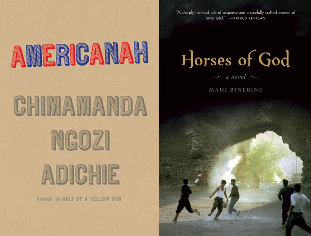 
On May 16, 2003, fourteen suicide bombers launched a series of attacks throughout Casablanca. It was the deadliest attack in Morocco’s history. The bombers came from the shantytowns of Sidi Moumen, a poor suburb on the edge of a dump whose impoverished residents rarely if ever set foot in the cosmopolitan city at their doorstep. Mahi Binebine’s novel Horses of God follows four childhood friends growing up in Sidi Moumen as they make the life-changing decisions that will lead them to become Islamist martyrs.


In effortless and tender prose, Jim Crace details the unraveling of a pastoral idyll in the wake of economic progress. His tale is timeless and unsettling, framed by a beautifully evoked world that will linger in your memory long after you finish reading. 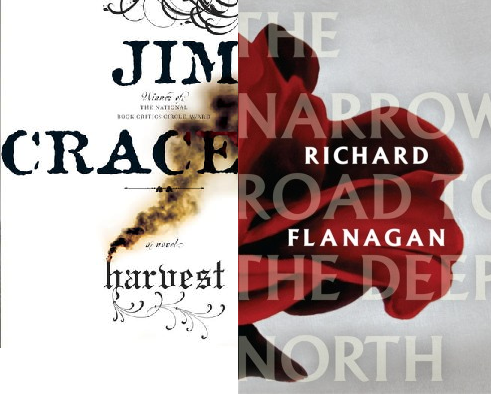 The Narrow Road to the Deep North


Richard Flanagan's story — of Dorrigo Evans, an Australian doctor haunted by a love affair with his uncle's wife — journeys from the caves of Tasmanian trappers in the early twentieth century to a crumbling pre-war beachside hotel, from a Thai jungle prison to a Japanese snow festival, from the Changi gallows to a chance meeting of lovers on the Sydney Harbour Bridge.


Set against Iceland's stark landscape, Hannah Kent brings to vivid life the story of Agnes, who, charged with the brutal murder of her former master, is sent to an isolated farm to await execution. 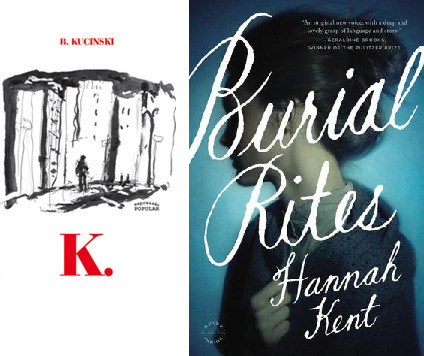 A remarkable novel written by the Brazilian journalist Bernardo Kucinski. K is the story of a father who searches desperately for his daughter, ‘disappeared’ during the military dictatorship in Brazil. The father is himself a refugee from Poland in the 1930s. He is racked by feelings of guilt—that because he was immersed in his Yiddish writing and scholarship, he did not really know his daughter or the danger that threatened her.


In Soviet Russia the desire for freedom is also a desire for the freedom to love. Lovers live as outlaws, traitors to the collective spirit, and love is more intense when it feels like an act of resistance.


Colum McCann demonstrates once again why he is one of the most acclaimed and essential authors of his generation with a soaring novel that spans continents, leaps centuries, and unites a cast of deftly rendered characters, both real and imagined.


An ordinary life—its sharp pains and unexpected joys, its bursts of clarity and moments of confusion—lived by an ordinary woman: this is the subject of Someone, Alice McDermott’s extraordinary return, seven years after the publication of After This. Scattered recollections—of childhood, adolescence, motherhood, old age—come together in this transformative narrative, stitched into a vibrant whole by McDermott’s deft, lyrical voice.


Conrad Farrell has no family military heritage, but as a classics major at Williams College, he has encountered the powerful appeal of the Marine Corps ethic. “Semper Fidelis” comes straight from the ancient world, from Sparta, where every citizen doubled as a full-time soldier. When Conrad graduates, he joins the Marines to continue a long tradition of honor, courage, and commitment.

I think it's a great set of books that have been chosen this year. I love to see the variety of countries and cultures that is addressed in this selection and to see that almost half of the authors are women, not including the translators. The point of literature is that people get to tell their stories, but more importantly that people get to find their stories within books. Representation and diversity are crucial and it is great that an award such as the Dublin Literary Award gives attention to books which otherwise might not get as much attention. It is important to see books from so many different parts of the world can still hit close to home with everyone.

I am determined to read Horses of God soon since I think it is incredibly topical at the moment. Similarly, Brief Loves that Live Forever sounds really interesting and will be one I will hopefully be reading soon. If you want to find out more about the Dublin Literary Award, hop over to their website. To read more about the books or buy them, go to Goodreads or Amazon.

Which of these books strikes you the most? Do you have hopes one of them will win?