Short Review: 'The Other Sister' by Dianne Dixon 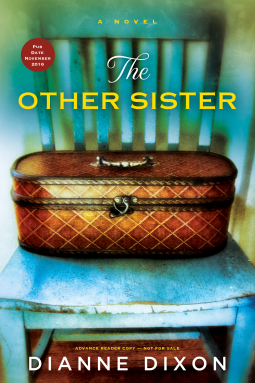 Twin sisters, one beautiful, happy and and accomplished, the other plain, sad and lost. Or are they? Who are we, outside of our family? And how much do they dictate who we become? These are some of the questions Dianne Dixon attempts to address in The Other Sister. Part of me would warn against reading the blurb below because it will give away much of the plot twists that kept me hooked to this novel despite its flaws. Thanks to Sourcebooks Landmark and Netgalley for providing me with a copy of this book.


Morgan’s twin sister has everything, and she hates her for it. A terrifying crime reveals that those who know us best can either destroy us…or save us.

Ali and Morgan are sisters, fraternal twins who from the moment of their birth share a strangely intertwined existence. But then their connection is abruptly fractured by a series of startling changes that begin when Ali suddenly moves from Rhode Island to Los Angeles. Almost immediately she is raped, by a man wearing a very peculiar set of clothes. Then, years later, in ways that are both harrowing and transcendent, Ali’s life (and Morgan’s) is sent spinning into chaos by a bizarre discovery: the rapist’s clothing, neatly packed away in a small, brown suitcase. The suitcase is hidden in the attic of a house that Ali has only recently moved into.

How could this be? How, and when, did that suitcase get into that attic?

The startling answer to this question has its roots in a place of guilt, and of love—in the need to belong and the need to be free—in small accidents and dark crimes—and in an elusive search for atonement.

The Other Sister tries to be a lot of things. On the one hand it is a family drama, on the other hand it is a suspense novel, and on an unexpected third hand it is a bit of a coming-of-age story. The story twists it way through the different genres, never quite settling and therefore never quite achieving a solid status. Dixon has too many ambitions for what is a relatively large book at almost 400 pages.
This book is very dramatic. Now, I love drama, it drives a plot forward, it brings out all the emotions, and it usually leads to scenes that stay with you for a long time. The Other Sister has drama aplenty but unfortunately it backfires. There are so many twists and turns throughout, subplots that don't seem at all relevant and then also fail to become more relevant later on, that you'll get lost. The biggest reason I kept reading was the sheer fun of it. The Other Sister felt like a soap opera, where something as tragic and horrifying as a rape happened one evening, to be followed the next by a suggested girls' ski trip.

My biggest issue with The Other Sister is the characterization. Now, one of my favourite novels is Wuthering Heights, so I have no issue with unlikeable characters. But I need them to be realistic, I need to be able to at least partially understand their motivations, the reasons behind their cruel behavior. The tension between Ali and Morgan is incredibly toxic and I could never imagine treating my sister that way. Dixon hops from one dramatic moment to the other, with characters seemingly going through enormous emotional upheaval without it ever truly coming alive. What also irked me was the treatment of the rape plotline. It is presented as something of a punishment for Ali, as if truly her life was perfect and she needed something bad to be able to appreciate how everyone suffers in their own way, or something like that. You can imagine why I wasn't a fan. I was expecting more, but in the end I only finished The Other Sister out of sheer stubbornness. 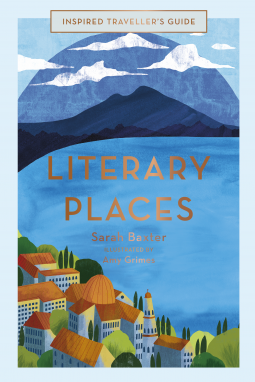 Who hasn't read a book and wished they could just jump straight into its world? The great news is that for a large number of brilliant books, this is absolutely and utterly possible since they're set into our very own world! For me the most vivid memory of this is Barcelona. I fell utterly in love with Carlos Ruiz Zafon's The Shadow of the Wind and wanted nothing more than visit Barcelona and get lost in it. Thankfully I got to do so a few years later and now Sarah Baxter has given me a whole new list of cities and books to visit. Thanks to Quarto, White Lion Publishing and Netgalley for providing me with a copy of this book in exchange for an honest review.


Inspired Traveller’s Guides: Literary Places takes you on an enlightening journey through the key locations of literature’s best and brightest authors, movements, and moments—brought to life through comprehensively researched text and stunning hand-drawn artwork.

Travel journalist Sarah Baxter provides comprehensive and atmospheric outlines of the history and culture of 25 literary places around the globe, as well as how they intersect with the lives of the authors and the works that make them significant. Full-page color illustrations instantly transport you to each location. You’ll find that these places are not just backdrops to the tales told, but characters in their own right.

Travel to the sun-scorched plains of Don Quixote’s La Mancha, roam the wild Yorkshire moors with Cathy and Heathcliff, or view Central Park through the eyes of J.D. Salinger’s antihero. Explore the lush and languid backwaters of Arundhati Roy’s Kerala, the imposing precipice of Joan Lindsay’s Hanging Rock, and the labyrinthine streets and sewers of Victor Hugo’s Paris.

Delve into this book to discover some of the world’s most fascinating literary places and the novels that celebrate them.

The magic thing about literature is that it transports the reader. Whenever I open a book I travel, explore, learn and discover. Hogwarts may not be real but from the moment I first read the Harry Potter books I could smell the food in the Great Hall, map the old corridors and feel the heat of the fires in the Common Rooms. It's been the same for me with many real places, like I mentioned above with Barcelona. I had a really vivid picture of it in my mind and although the city, of course, was different from what I had pictured, it still felt familiar, like an old acquaintance whose face is a faint memory.

A wide variety of places are covered in Literary Places although none of them are exactly surprising. There's Paris, of course, famous for itself but also for Victor Hugo's Les Miserables. The city may look different from Hugo's heyday, but the feel is still there. Perhaps less famous but equally as attractive to me are the Yorkshire Moors, made immortal by Emily Bronte in Wuthering Heights. Just watch me, one of these days I'm going to wear a full-skirted dress and stand in the moors, the wind moving through my hair! Anywats, Sarah Baxter travels across the world in Literary Places, mostly visiting famous cities like Berlin, Cairo and Kabul, but also the culturally important or memorable places such as Monroeville or Hanging Rock. The last chapter is dedicated to the entire country of Chile, inspired by Isabelle Allende's The House of Spirits. The main thing this book reminded me of is just how full this world is of homes. What I mean is that each of the books mentioned in Literary Places were written by people with strong ties and a strong love for their home, which they bring back to live in their writing.

Baxter's writing is charming and simple. She paints vivid pictures with her words, her experience as a travel writer clearly shining through. But there is a strong love for books there as well, which helps her look at all these places anew. If you're looking for active recommendations on where to sleep and what to eat, Literary Places might not be the best book. But if you're hoping to get a sense of how a place feels, what it has meant to those who've written about it, what it continues to mean, then Literary Places is a great read. The book is enormously aided by Amy Grimes' illustrations, which are absolutely stunning. They remind me of those old school travel posters that give an instant classic feel. (You can purchase her art at Hello Grimes, it's stunning!). I wish I could frame the cover of this book, it's gorgeous and is what first drew me to the book.

I loved reading through Literary Places, although ithas a definite coffee table-book vibe to it. Leaving through it, marveling at Grimes' illustrations, your mind will take a journey all on its own. Anyone who wants some literary inspiration for their next holiday, look no further!
Posted by Juli Rahel at 3/24/2019 06:48:00 am No comments: