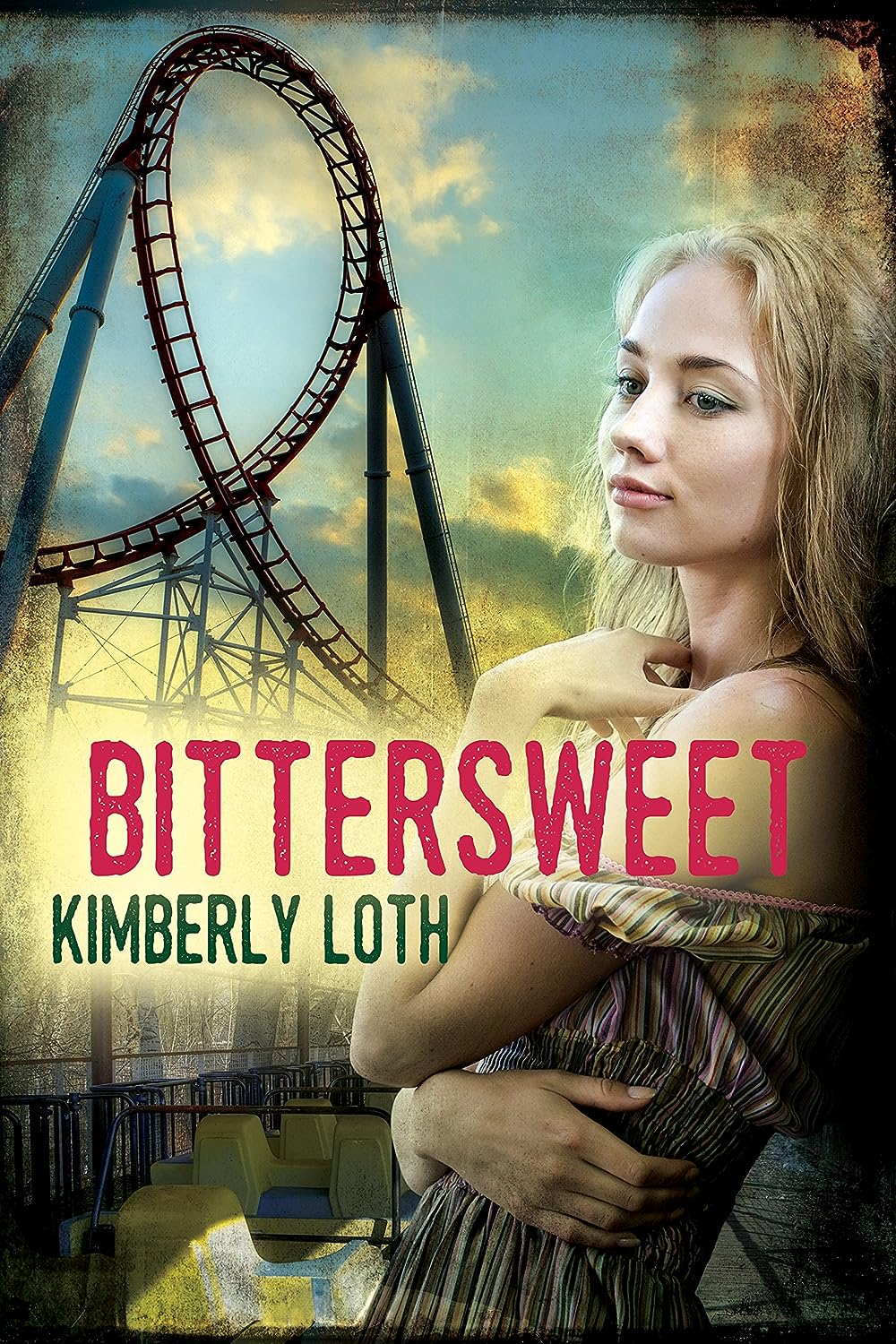 I am honoured to spotlight Kimberly Loth's Bittersweet today. Not only does it deal with the sensitive subject of suicide ina  very considerate way, 50% of the proceeds will be donated to the American Foundation of Suicide Prevention.


Every Sunday Savannah Ray gets an email from her dead dad. She doesn’t know how the emails work but she’s finally ready to start looking for answers. To find those answers she has to go to the one place she swore she’d never set foot in after he died—Haunted Valley, the amusement park. Once there and on the hunt for answers she is distracted by the charming Dallas and falls hard for him. When the answers she finds aren’t what she expected and Dallas betrays her, Savannah must make a choice—succumb to the insanity that destroyed her father or find the strength to rise above it.

Bittersweet sounds like a really touching book, which is bound to touch on some very sensitive issues. Besides this, there is the fascinating setting of an amusement park which will make for a very exciting read! 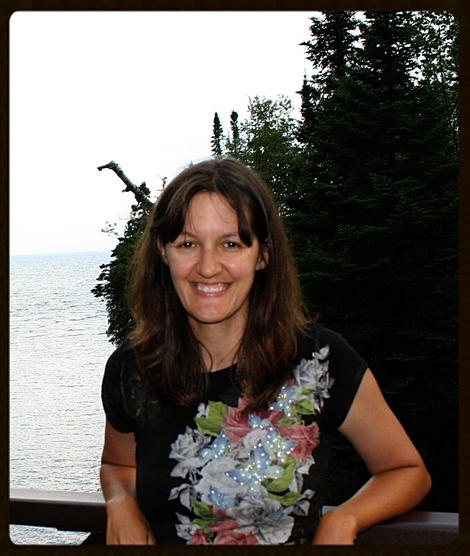 About the author:
Kimberly Loth can't decide where she wants to settle down. She's lived in Michigan, Illinois, Missouri, Utah, California, Oregon, and South Carolina. She finally decided to make the leap and leave the U.S. behind for a few years. Currently, she lives in Cairo, Egypt with her husband and two kids.

She is a high school math teacher by day (please don't hold that against her) and YA author by night. She loves romantic movies, chocolate, roses and crazy adventures.

And now I have something very special for you. An exclusive sneak peek from Bittersweet!

We met at Cracker Barrel, which was just mom indulging me. My favorite meal in the whole world was biscuits and gravy from Cracker Barrel. If I could I’d subsist on chocolate alone, but I tried that right after Dad died and nearly ended up in the hospital. “Grant just texted me that he already has a table. We’ll eat and then you two need to get on the road,” Mom said.I recognized him immediately even though I’d only met him twice before, once at a family reunion and then again at the funeral. He had the same dark hair and eyes my dad had. Except skinnier. Grant gave my mom an awkward hug and shook Dave’s hand. They all smiled at each other. I sat down before he could touch me at all.
He tugged at his collar and smiled at me. It wasn’t a real smile, it was the kind of smile you gave when you felt like you were supposed to smile but didn’t really want to.“So, Savannah, how was your school year?”“Oh, fine. I got suspended, barely passed my classes since I wasn’t allowed to take the finals, and got dumped by my boyfriend.”This was a test. If he were like my dad, he’d say something funny to lighten the mood. Dad hated anything serious.

Grant frowned and fidgeted with the menu. “I’m sorry to hear that. I hope this summer will be better for you.”Fat chance of that. I rolled my eyes. He seemed so unsure of himself. Which was odd, because Dad was always the life of the party and completely in control of social situations. This aspect of him I didn’t inherit. Well, I did. I used to have it, but then he died and I threw it away.They made small talk until the food arrived. Grant didn’t try addressing me again. Probably didn’t want me to tell him how horrible my life was. Just as the food arrived I hiccupped. Damn. My mother glared at me and Teddy giggled.Hiccups are part of the family curse. Through my dad’s side, of course. We didn’t just hiccup. We made a loud and obnoxious noise that was more like a crow cawing. There was no way to get rid of them, I just had to wait them out. My mother always had new suggestions on how to stop them and they never worked. My hiccups were unbelievably embarrassing in class, but mostly they just reminded me that I’d inherited a curse that killed my great-grandfather during the Depression, my grandfather after Vietnam, and most recently my dad. There were other signs of the curse, but the first was always the hiccups. When I was little I thought the whole thing was about the hiccups, that my grandfathers died of hiccups. It wasn’t until a few years before my dad finally died from the wretched curse that he tried to convince me that hiccups had nothing to do with it. Sometimes, I still thought the hiccups were going to kill me.“Damn curse,” I muttered.Grant put his fork down. “Not you too.”“Excuse me?” I asked.“Your Dad was always going on about the curse. It doesn’t exist. He made it up as a party story to deflect attention off of his hiccups.”“That doesn’t make it any less real. He’s dead, isn’t he?” I met his eyes. Those tiny almost-black eyes that were just like Dad’s.
“From a disease, not a curse.”
“Disease, curse, same thing.”
He put his fork down and crossed his arms. “It is not the same thing, if your Dad had recognized it as a disease then he would not be dead.”I opened my mouth to argue, but my mother cleared her throat. Grant and I looked at her and then turned our attention back to food.The rest of dinner was tense and silent. Except for Teddy jabbering on about Thomas the Train. To try to distract myself I listened to him intently. Half way through dinner, Grant looked at me but spoke to my mother.“Savannah will have orientation on Tuesday. She’ll have to spend tomorrow getting up to dress code.”My head jerked up and I wasn’t sure I heard him correctly.
“I’m sorry, what?” I asked.“Your nails can’t be black. You can paint them a light pink, but no black or bright colors. You’ll have to remove the ring in your eyebrow.” I dropped my fork. This would not do at all.“What about brown, can I paint them brown?” I wanted to continue, to explain that my nails were not black at all, but a dark brown of the richest chocolate. The kind that comes from Argentina. They couldn’t be black, because I threw the black nail polish away after Candie betrayed me and I shaved all the hair off my head. Before I could finish, he shook his head and took a bite of his omelet. I glared at my mom.
“You didn’t tell me they were going to make me change the way I look.”She shrugged. “I didn’t know. But you’ll do it.”“I can’t remove my eyebrow ring, it will close up.” My palms began to sweat. This was not the way I’d envisioned my summer. Pretending to be someone else. I was eighteen and they weren’t going to boss me around.Grant scowled.
“If you want a job you will,” he held my gaze, which was hard because it was like staring straight into my father’s eyes.
“I don’t want a job anyway.” I shoved a biscuit in my mouth, emptying my plate, and waited for him to retort. He just looked at my mother and sighed. Perhaps he thought he was getting a docile little girl that would do whatever he wanted. The eyebrow ring would stay. I’d see to that.In the end they decided I could put a clear stud in it.
Win-win. Not.

So, does this sound like a book for you? Bittersweet is published today and don't forget, half of the proceeds go to the American Foundation of Suicide Prevention!
Posted by Juli Rahel at 3/21/2015 12:30:00 am