Review: 'The Age of Ice' by J.M. Sidorova 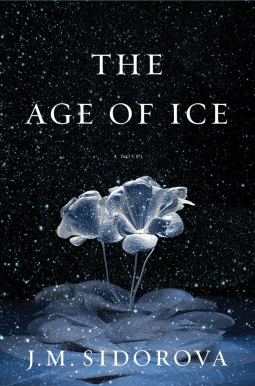 There was something about the whole premise of the novel that really drew me in. Russia also has tons of history to offer that, I think, doesn't get explored enough. Just in the 20th century, there was so much change and upheaval there which not only makes for interesting stories but also still fuels modern day politics. But to remain with the literary, I am very glad to have picked up this novel.


The Empress Anna Ioannovna has issued her latest eccentric order: construct a palace out of ice blocks. Inside its walls her slaves build a wedding chamber, a canopy bed on a dais, heavy drapes cascading to the floor—all made of ice. Sealed inside are a disgraced nobleman and a deformed female jester. On the empress’s command—for her entertainment—these two are to be married, the relationship consummated inside this frozen prison. In the morning, guards enter to find them half-dead. Nine months later, two boys are born.

Surrounded by servants and animals, Prince Alexander Velitzyn and his twin brother, Andrei, have an idyllic childhood on the family’s large country estate. But as they approach manhood, stark differences coalesce. Andrei is daring and ambitious; Alexander is tentative and adrift. One frigid winter night on the road between St. Petersburg and Moscow, as he flees his army post, Alexander comes to a horrifying revelation: his body is immune to cold.

J. M. Sidorova’s boldly original and genrebending novel takes readers from the grisly fields of the Napoleonic Wars to the blazing heat of Afghanistan, from the outer reaches of Siberia to the cacophonous streets of nineteenth-century Paris. The adventures of its protagonist, Prince Alexander Velitzyn—on a lifelong quest for the truth behind his strange physiology—will span three continents and two centuries and bring him into contact with an incredible range of real historical figures, from Mary Shelley, the author of Frankenstein, to the licentious Russian empress Elizaveta and Arctic explorer Joseph Billings.

The Age of Ice is one of the most enchanting and inventive debut novels of the year.

Inventive is definitely the word I would use for this novel. The concept of the main character coming from Ice and being constantly drawn to it is absolutely fascinating. On the one hand I wish Sidorova had explored Alexander's whole background more and the very fact of his existence, but on the other hand I like the mystery that remains around him throughout the whole novel. Authors sometimes try to rationalize the magic in their narratives and thereby completely destroy the magic itself. As a reader, it is fun to be able to come up with your own theories and it is what makes the reading experience different for each reader.

Historical fiction needs to be gotten right. There needs to be an even balance between history and fiction and I personally prefer it if the line between the two is blurry. It is better when each character both seems real enough to be actual historic fact but also seems fantastical enough to be mere fiction. It means that as a reader you get to really explore a novel. Sidorova does this amazingly well. The whole novel feels like one big magical journey through Russian, European and Asian history and although there are a lot of things that are clearly fictional (men impervious to cold) there were a lot of instances where I found myself surprised by the fact that these people existed or certain events occurred. In my review of a different historical novel I praised it for spotlighting an aspect of history one doesn't get taught a lot. Sidorova gives herself the time to slowly move from one time period to the next at her own pace, allowing her character to maybe not experience a certain war or a certain accident. It means that whether your familiar with Afghanistan's extended history or not, you will still be able to gain new and different insights from the novel. Sidorova did a lot of interesting research, which really adds to the novel.

I enjoyed Sidorova's writing style. At times she mixes in Russian or dialect words, but they never halt the reading process. Although I do have to add that there was a lull in the middle of the book, I generally didn't want to put it down. The beginning of the novel is very exciting, introducing czarist Russia and the main character and the Arctic Exploration is a very good extension of this. However, the half-way mark of the novel seems to be a moment in the novel where Sidorova wants to say something meaningful about Alexander and unfortunately that makes the narrative falter. Thankfully, she picks up the thread of the narrative again and the second half of the novel adds a whole new layer to the novel.

I was doubting between a 3 and 4 Universe rating. The Age of Ice is an amazing read that is highly enjoyable. The middle of the book stretches a little bit, but Sidorova really picks it up again. The novel offers a great insight into Russian history and therefore gives a whole new insight into European history as well. I would definitely recommend this to fans of historical fiction.
Posted by Juli Rahel at 7/26/2014 12:32:00 am