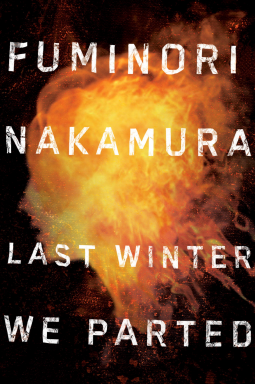 I wanted to read this book because I hadn't read a good thriller or crime novel in ages and this one sounded fascinating. An added bonus was the fact that it was from a Japanese author. Since this is a relatively short book, this isn't a very long review either.


A young writer is assigned a difficult task by his editor: he is to write an investigative biography of a death row inmate named Yudai Kiharazaka, a 35-year-old photographer who has been convicted of the murders of two women. Kiharazaka’s victims—or his “models”—had been burned alive while the photographer tried to capture the perfect picture of their essences. But trying to unearth the truth about Kiharazaka forces the writer to grapple with horrifying archival material and to interview dangerous, grotesque people—not least of all Kiharazaka himself.

The novel is relatively short and only took me a few hours to read. As such it is perfect as evening entertainment, if murder is your kind of thing.  Another added bonus of its brevity is that it means you don't have to put the book down in between readings and get confused with the story afterwards. Although the general plot is very clear, the style and the nature of narrating, at times, really stands in it sway. A combination of archive material, interviews and letters, mixed with straight laced narration means that the reader can get lost in the story, in the wrong way. Although some of these switches provide nice twists later on, they interrupt the reading experience of the moment and make it quite hard at times to piece together who we're reading about and why. If a thriller plot is hard to follow, it becomes almost impossible to follow and get interested in what exactly happened.

I did really enjoy most of Nakamura's characters. Especially the supporting cast, Kiharazaka's sister and many people involved in his life, are really interesting. When these characters clash with the main character it creates some really tense moments and each character reveals quite a lot about humanity. However, this doesn't count for the main character. At times I found him very replaceable and forgettable. Perhaps that's exactly how he was intended to be because as a reporter he is out of his depth with these almost larger than life characters. But it meant that I didn't care as much for him and his troubles but rather for everything else.

Overall, I give this book...

Although I did enjoy reading Last Winter We Parted, it at times seemed to lack coherency. The ending didn't feel satisfactory to me and the build up to it was at times a bit hopscotch. If you're looking for a fun, easy thriller read this might not be it because some of the themes addressed are quite heavy, but if you're looking for a starting-off point, a book from which conversations can start, then this is the one.
Posted by Juli Rahel at 7/13/2014 11:31:00 am