Review: 'The Widow' by Fiona Barton 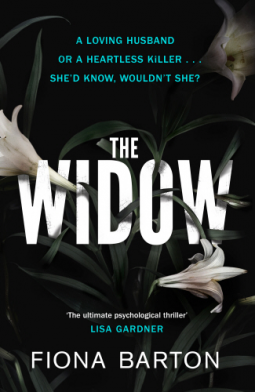 I've been reading more thrillers and I'm very happy and excited about it. There's something about books digging into the human psyche which I find absolutely fascinating, showing us all the dark sides of humanity and the spirit. I want to know exactly how we tick and I love being shocked by books. So, when I saw The Widow on Netgalley I knew I wanted to jump on it! Thanks to Netgalley and Random House UK for providing me with a copy of this book in exchange for an honest review.

We've all seen him: the man - the monster - staring from the front page of every newspaper, accused of a terrible crime.

But what about her: the woman who grips his arm on the courtroom stairs – the wife who stands by him?

Until he became that man accused, that monster on the front page. Jean was married to a man everyone thought capable of unimaginable evil.

But now Glen is dead and she’s alone for the first time, free to tell her story on her own terms.

Jean Taylor is going to tell us what she knows.

Du Maurier's REBECCA meets WE NEED TO TALK ABOUT KEVIN and GONE GIRL in this intimate tale of a terrible crime.

The first thing that drew me to The Widow was the topic that Barton had decided to focus on. You can find supernatural thrillers, psychological thrillers, horror novels, detective novels, etc. on every single crime, every single type of criminal you can think of. You can read about all the bloodshed and psychopaths that you want but quite often, I find, the people in the shadows and corners are more interesting. The quiet ones who you'd never even expect to be anywhere near any crime, those are the ones who can scare you. The Widow offers us a look at exactly such a character, one who I've always been interested in, both in literature and real life, and yet have never read anything about. In that sense The Widow was a unique read for me.

Barton splits her novel's narrative in various different ways. Barton lets Jean Taylor give us an insight into her mind, but also has reporter Kate Waters cast her analytic eye over the situation. The reader also follows Detective Bob Sparkes as he tries to solve a crime. Aside from switching between narrators, each of which are given a distinctive voice by Barton, The Widow also moves in time, both to the moment of the suspected crime and years after when Jean Taylor sees her husband die. These switches can be initially confusing as past and present intermingle and seem to influence each other. So much of The Widow is about memory and perception that every single narrator feels unreliable. The reader can't help but become suspicious of everyone's intentions and as to what the truth is. Jean especially becomes more and more of a grey character, which is exactly what the reader is hoping for when they pick the novel up.

Barton's writing is very engaging. Considering this is her debut novel, Barton has a strong and clear voice throughout the novel and carries the story well throughout the novel. There are a few stumble blocks here or there, such as the time in which the novel is set. Jean sounds very much like a 50s housewife even in the present, which at times feels a bit anachronistic. I've purposefully included the final line of the blurb above because this is a very good example of a novel being let down by this kind of praise. Sometimes comparisons to other novels can be an advantage because it draws readership in. In the case of The Widow, however, these comparisons let it down. Both Gone Girl and We Need to Talk About Kevin are incredibly tense novels which work very well towards a major reveal. There is no such shock moment in The Widow because the magic lies in the slowly growing awareness of what the novel is telling you, not in a sudden twist.

I enjoyed reading The Widow a lot because I was so interested in the topic. It's a very strong debut and I definitely look forward to Barton's future works. I'd recommend it to fans of Psychological Thrillers and novels with Unreliable Narrators.
Posted by Juli Rahel at 7/05/2016 12:02:00 am