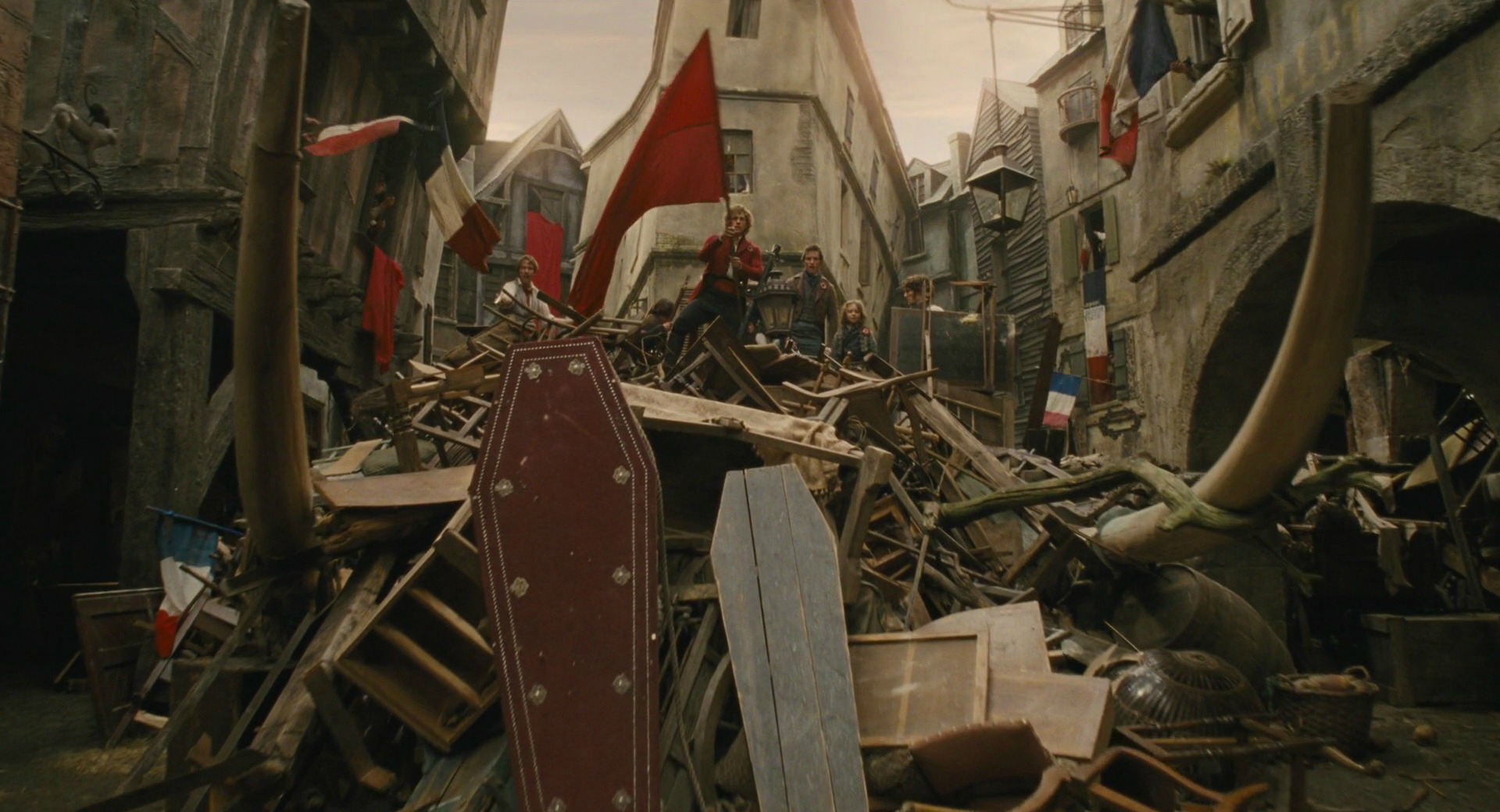 We have gotten to the last 20% of the book and it's all truly coming together now. Everything that is happening is either the continuation of or the ending of a storyline and I imagine this will only get worse as the ending gets closer and closer. We have officially reached the June revolution. Tensions are high and the stakes are even higher. Almost all the characters pop up and Hugo is cutting down on his digressions. It's play time!

Chapter Summary:
In the last section of chapters we got to actual start of the revolt during Lamarque's funeral. The new chapters are basically a discussion of the events that are leading up the the final confrontation. We see first how part of the Friends of ABC weren't as interested in actually starting anything so they got drunk first before realizing that pub made the perfect position for a barricade. And then there is the fact Hugo takes the time to let every single character arrive at the barricade or be conspicuous by their absence. Pretty much everyone, including Javert who was pretending to be someone else, is there now.

There is a quite significant moment with M. Mabeuf, who is an elderly gentleman who is sort of friends with Marius but has become poorer and poorer and has basically lost the will to try. He calmly joins up with the Friends of ABC and everyone else at the barricade and is sort of out of place. But then, when there's a moment of crisis, he steps up and it's just a beautiful moment that Hugo manages to describe in such a dramatic way you can just see it!

Feel of the Chapters:
There is a lot of waiting and tenseness in these chapters which is definitely on purposes. There is a lot of preparation and all the characters are constantly moving and interacting, but it's quite clearly just the deep breath before the plunge. Gavroche adds some lightness to it, clearly in his element, but everything feels potentially dangerous. The fact that the whole action happens within most of an evening and a night also adds to the feeling of anticipation. As I mentioned above, Hugo's writing has become very dramatic in a good way. It feels like a stage play, with the reader getting to look at everything but being actively outside of it. I personally cannot wait to continue reading.


'Great perils have this fine characteristic, that they bring to light the fraternity of strangers.' p.1854

I love this line because it's one of the things that always gets me about such moments of crisis. No matter who's standing next to you, you're both there for the same reason and you can reply on each other even if you don't know each other.


'"The day will come, citizens, when all wil be concord, harmony, light, joy and life; it will come, and it is in order that it may come that we are about to die."' p.1879

This is a part of a speech by Enjolras about their revolutionary zeal. I liked that he is not deceiving himself at all about what's going to happen and I'm a sucker for a mix between heroism and tragedy.

This is just an amazing bit of dialogue because it's so calm and yet it's all about revolution so I thought I'd share it as a sneaky third quote!
Posted by Juli Rahel at 2/04/2016 08:29:00 am