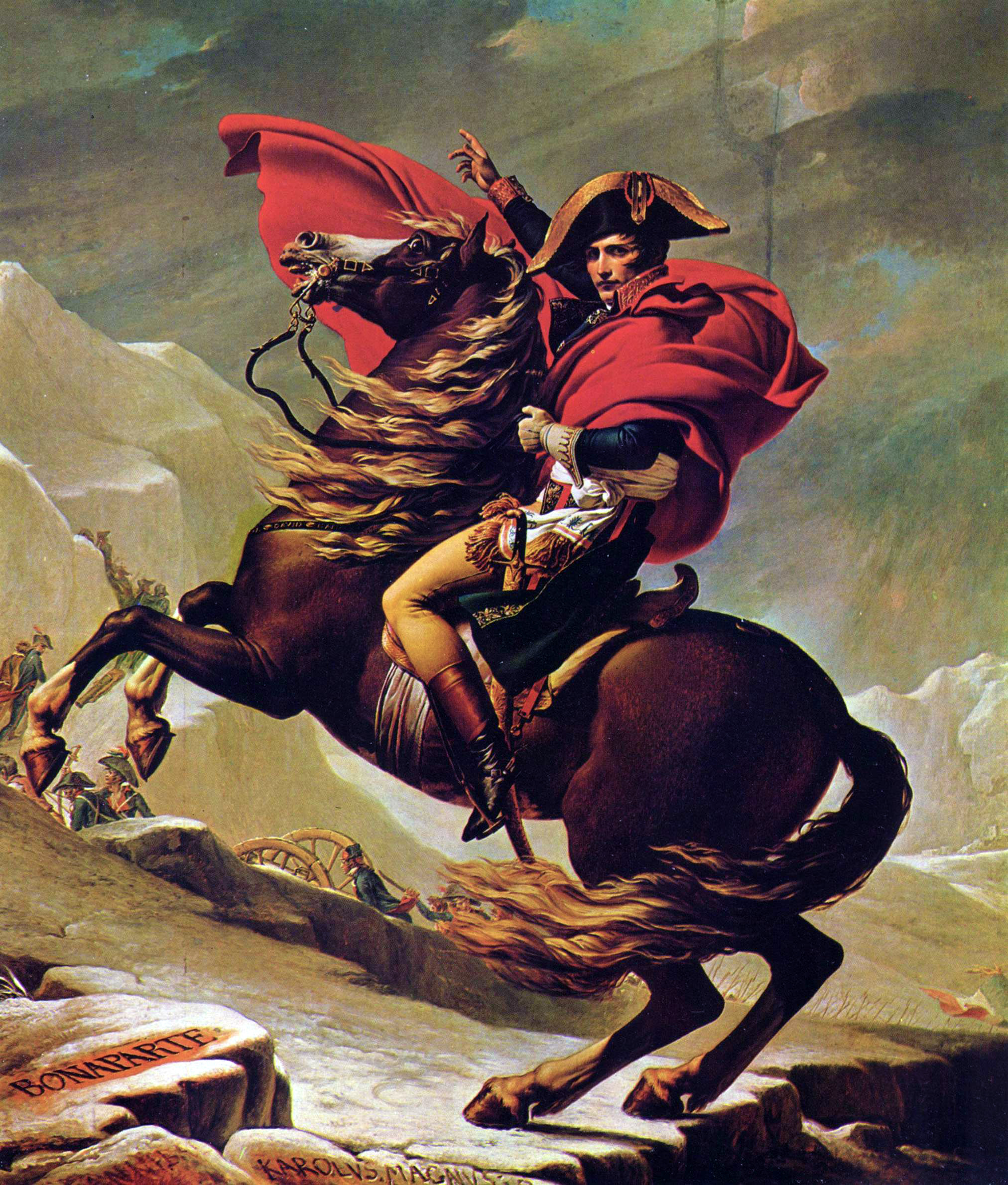 As you may or may not have noticed, I missed a post last week. It turned out to be a ridiculously busy week and although I'd done half the reading and could've just done a post for 10 chapters I couldn't even find the time to quietly sit down and think about Les Misérables for a bit. But here I am, happy to be back to reading Les Misérables since I left myself at an incredible cliff-hanger last time. Or rather, with as much of a cliff-hanger as you can get in a book like this. As the title of this post gives away, I have now passed into the second Book of Les Misérables, leaving Fantine and the eponymous first Book behind. And there's definitely a reason for why we've moved on. Also, if you're wondering why we've got a fancy Napoleon on our left just keep reading. It'll make sense.

Plot Summary:
Where do I even start?! There was a lot of introspection going on for Jean Valjean in the last post, all of which is now translated into action. He arrives in Arras and almost surprises himself into owning up to his real identity. This is quite a moving event because Hugo writes beautifully about Valjean's despair at having to give up the position in life he's achieved. And by that is not meant the money and power as mayor, but the basic kindness and respect with which he is now treated, something completely missing from his earlier life and the life now in his future again. His return to Fantine is also a tragic one since he brings no Cosette and only comes in time to see her die. He is subsequently arrested by an angry Javert but manages to escape.

Book II, named Cosette, starts with a 10 chapter-strong description of the Battle of Waterloo, Napoleon and everyone else involved. As before, I quite enjoy Hugo's diversions because they're always at least slightly relevant and it takes you away from the above misery for a while. Not that the Battle of Waterloo comes across as a good time.

Feel of the Chapters:
As such the end of Book I is quite a tragic one. All of our major characters have seen severe ups and downs but, up until 4 or 5 chapters before the end, seemed to do quite well until it all came crashing down. But the pace and suspense is so high that it all reads a little bit like a thriller. Will Valjean reveal himself or won't he? Will Fantine live? And what will Javert do? And wait a minute, whatever happened to Cosette? There are a lot of questions which really drive the plot and reader forward. It's so much more exciting to read than to watch the film people! And there is an amazing feel of 'destiny' to the description of the Battle of Waterloo which could actually give you chills!

General Thoughts:
Something Interesting:
Of course I was going to pick the Battle of Waterloo this week. As if I could avoid it, with half of this week's reading dedicated to it! The Battle of Waterloo was fought on the 18th of June, 1815 near Waterloo which is now in Belgium but was then part of the United Kingdom of the Netherlands. This battle isn't just remembered for a great ABBA song but also for being the battle in which Napoleon was finally defeated by a Anglo-allied and a Prussian army. Until the First World War the Battle of Waterloo was seen as the decisive moment that changed European History. It also ushered in a period of relative peace and quiet in Europe.

'The peculiarity of sublime spectacles is, that they capture all souls and turn witnesses into spectators.'

This quote appears at the moment when Jean Valjean tells a court who he really is. It's described in such a way that it truly does become a spectacle, almost in the way that martyrs do. You can't help but be captured by the sight before you of someone sacrificing themselves for someone else, but there is also something horrible to it.

'These narrations seemed to belong to another ago. Something parallel to this vision appeared, no doubt, in the ancient Orphic epics, which told of the centaurs, the old philanthropes, those Titans with human heads and equestrian chests who scaled Olympus at a gallop, horrible, invulnerable, sublime - gods and beasts.'

I'm sure you can guess that this is a description of the Battle of Waterloo. Maybe now you get why I love Hugo's account of it so much. He lifts this battle out of its stuffy, historic confines and makes it something vivid and heroic.
Posted by Juli Rahel at 10/08/2015 05:36:00 pm