Intros and Teasers - 'The Constant Nymph' by Margaret Kennedy 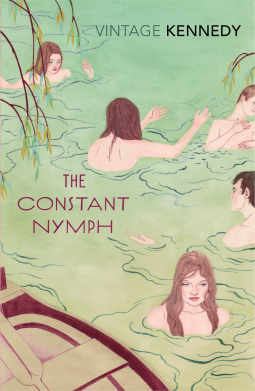 This week I'm using The Constant Nymph by Margaret Kennedy, a book I have still not read despite the fact Netgalley and my conscience are practically shouting at me to just get on with it. But I've now decided to just ignore the fact I don't have time and start it.


A publishing sensation in the 1920s - 'It was the age of The Constant Nymph' (Jessica Mitford) - this acclaimed novel about a bohemian family and an unconventional romance is reissued by Vintage Classics.

Avant-garde composer Albert Sanger lives in a ramshackle chalet in the Swiss Alps, surrounded by his 'Circus' of assorted children, admirers and a slatternly mistress. The family and their home life may be chaotic, but visitors fall into an enchantment, and the claims of respectable life or upbringing fall away.

When Sanger dies, his Circus must break up and each find a more conventional way of life. But fourteen-year-old Teresa is already deeply in love: for her, the outside world holds nothing but tragedy.

Sounds good, right? Why did I wait this long with starting it again? Tuesday Intros and Teaser Tuesdays are hosted by Diane over at Bibliophile by the Sea and MizB over at A Daily Rhythm respectively.

'At the time of his death the name of Albert Sanger was barely known to the musical public of Great Britain. Among the very few who had heard of him there were even some who called him Sanje, in the French manner, being disinclined to suppose that great men are occasionally born in Hammersmith.' 3%

I like this beginning. It's quite direct and to the point about Albert Sanger's state while leaving pretty much everything else about him in the shadows. I am interested to keep reading and see how he goes together with music and what else happened to him. It is, however, not the most intriguing of beginnings.

'They began by narrowly missing their train down to Erfurt, owing to a scene with Teresa and Paulina over their toilets. They had discovered a number of black garments, inexplicably left behind by Linda, and had thought that they might as well go into mourning for their father.' 44%

Well, this is definitely something else! I love the casual tone of Kennedy's writing, as if it's all a little bit of a joke and only really good for a laugh but then I have a feeling she could quite easily switch it around as well and make it very serious. I'm also thinking that Teresa and Paulina are now mourning Albert, their father, which I don't really consider a spoiler.