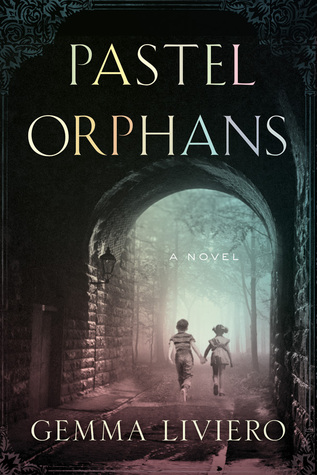 I requested this novel after reading the intriguing blurb and wondering at how the novel would develop. Trying to describe the complexity of the Second World War through the eyes of young children growing up is quite a challenge and I wanted to see how Liviero would measure up to this challenge. Thanks to Netgalley and Lake Union Publishing for providing me with a copy of this book.


In 1930s Berlin, young Henrik, the son of a Jewish father and Aryan mother, watches the world around him crumbling: people are rioting in the streets, a strange yellow star begins appearing in shop windows, and friends are forced to move—or they simply disappear.

After his father becomes gravely ill, Henrik and his little sister, Greta, are taken by their mother to Poland for safety. However, not even the pastoral surroundings of their new home can protect them from the terrors of war. When the Nazis invade and Greta is kidnapped, Henrik must shed his youthful innocence and search for his lost sister, a quest that will further reveal a harrowing landscape of violence and struggle?but also unexpected connections.

Uniquely told from the perspective of youth plunged into adult chaos,Pastel Orphans is a coming-of-age story that explores profound lessons in self-belief, kindness, and human endurance.

I am half-German and always have felt that it was part of my duty to inform myself about the Second World War, the Holocaust and the devastation caused by both. As a work of fiction, Pastel Orphans manages to come across as very realistic and therefor hits very close to home. It has been a long time since a book has made me truly emotional and about a hundred pages into Pastel Orphans I started crying. There are a number of periods in the world's history which are horrifying, in which humans did monstrous things because they were told to and in which it was hard to think of a way humanity could recover. In the last decades a lot of work has been done by all of Europe, and especially by Germany, to atone for these horrors and to make sure they were never forgotten. Novels such as Pastel Orphans, which manage to tap into this despair while remaining constantly hopeful for humanity, are crucial to making sure that something like the Second World War can never happen again.

Pastel Orphans is split into three parts, each narrated by a different character in the first person. Usually I am not a big fan of first person-narrative because too often authors go overboard on writing about the emotions of this main character, thereby losing sight of the strength of their narrative. Liviero, thankfully, doesn't bank on overly emotional language to get to her reader to empathize with her characters. Rather, she writes in a very simple and sparse style which makes the atrocities she described all the more horrifying. Her main characters start out as young children who see the world change but don't understand why. As modern readers, we know what will happen and we can connect the dots which they miss. However, it is almost impossible to predict what happens and the novel takes turns you hoped it wouldn't take. Liviero also, unlike many other authors who write about this time, was aware that wartime changes how humans interact. Romantic love is hard when you're fighting for your life, affection is shown differently if you're struggling to survive.

Pastel Orphans seems to run out of steam a bit roughly two-thirds into the novel. Up to this point, Liviero has asked a lot from the reader already in the sense of commitment. The first quarter or so is really dedicated to getting to know some of the main characters and are crucial to give the readers a sense of having settled into the time period and the writing style. Things seem to quickly speed up and become more intense as the novel moves further along. Written chronologically, there is an emphasis on the characters growing up and the Second World War developing. I can't quite pinpoint why the book seems to slow down a bit, but it does pick up again closer to the end as Liviero brings everything to a close.

Pastel Orphans is a truly stunning novel which should be read by everyone with an interest in this period of history. Aside from that, it is also a beautiful novel which preserves the hope that there is something good in humanity which can be redeemed no matter what. Gemma Liviero's writing style is beautiful in its sparsity and there is no one I wouldn't recommend this novel to.
Posted by Juli Rahel at 6/02/2015 07:55:00 am