This week I have the honour of presenting you with not one, but four different books to rest your eyes on! And there will be more coming from Authors Large and Small, a literary publisher which is being kind enough to let me spotlight nineteen of their books in the next few weeks. So, let's get cracking!


Susanne Bruante awakens to find herself in an impossible place: the past. And not just any past, but the very time in 19th century Paris when her double, Nicole Bruante, had lived. That is, before Nicole exchanged places with Susanne and shot through a time-shell to the 21st century. And now everyone, even Nicole’s own mother, believes that Susanne is Nicole.

Continuing the intriguing time-travel story begun in A Portrait in Time, The Vale of Years follows Susanne as she faces a dilemma that soon becomes a challenge for the clever imposter. Somehow, the former Assistant Director of Acquisitions and Special Exhibits at the Musée d’Orsay must insinuate herself in the lives of famous painters of the time. By lying and deceit, she creates a clever scheme that will ensure she won’t just survive, but inherit a fortune from a painter she studied in her former life.

The critically acclaimed One Groovy Summer is a fun book about two young adults seeking fun and adventure the summer of 1968. It was the Sixties - the time of the Sexual Revolution and the Hippie Movement. Just out of high school, Will and Skip knew they could be drafted into the Vietnam War soon. So they were determined to make the most of their summer break, and they sure did. It was one groovy adventure full of action, romance,and comedy. Young Adults everywhere are enjoying it and telling their friends. So don't miss it.

My Razzle Dazzle is an unforgettable trip of a lifetime. Beginning with a Wisconsin farm in the 1960s, Todd Peterson characterizes every outsider’s candid, moving, and often hilarious coming-out story that will take you apart and put you together again. His adventures are set against a backdrop of the cultural events of the sixties and seventies and a burgeoning gay Mecca that changed our world forever. Along this unusual journey Todd not only meets carnival freaks and murderers, but also lions, tigers and bears… oh my! 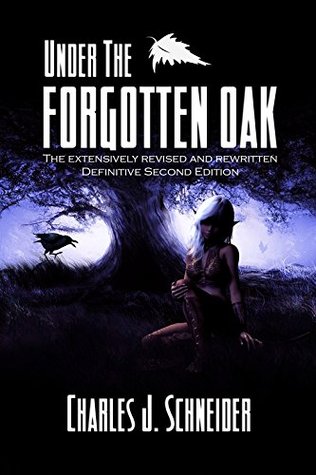 What if God is not at all what people envision? Imagine a powerful energy portal that stretches from one end of the galaxy to another, the sustaining reservoir of life for Earth as well as a connected sister world where the ancient deities actually live and breath. What if Satan is actually a renegade thread of this interplanetary gateway; and the future of two worlds, and three dimensions, rests entirely on one single human being's actions?

When Lan MacCamhail unexpectedly inherits an estate and a multi-million dollar legacy overseas, he hopes this stroke of good fortune will give him the chance to make a fresh start in Ireland. The terms of the mysterious bequeathal, however, require that he must find an enigmatic amulet before he can claim his rightful inheritance. Based loosely on the Celtic legend of Oisin and Niamh, Lan's saga, mirrored by his father's strangely similar story from three decades earlier, takes a sinister turn when dark forces intervene.