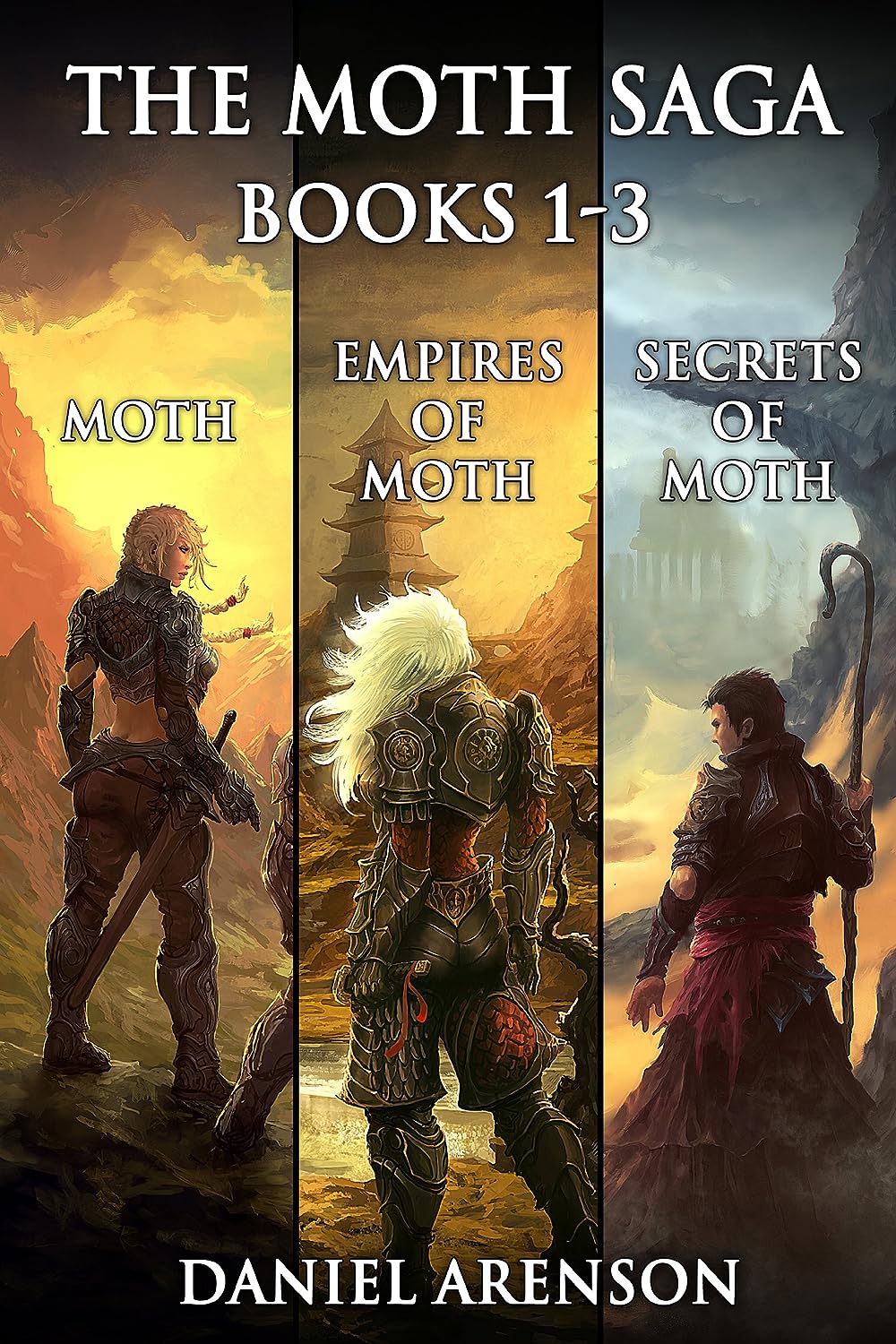 I reviewed Daniel Arenson's first Moth book and can't wait to start reading the next two books in the series as well!


"They say the world used to turn. They say that night would follow day in an endless dance. They say that dawn rose, dusk fell, and we worshiped both sun and stars. That was a long time ago . . ."

The Moth Saga, a bestselling fantasy series, tells the story of Moth, a world torn in two--its one half always in sunlight, the other cloaked in endless night. This bundle includes the first three novels in the series: Moth, Empires of Moth, and Secrets of Moth.

Many eras ago, the world of Moth fell still, leaving one side in perpetual daylight, the other in darkness. Torin and Bailey have spent their lives in the light, but now they're about to venture into the dark . . . and discover a world of danger, secrets, and wonder.

I have some great news today. The bundle is currently on sale over at Amazon for only $1.52! Here's what I had to say about Arenson's writing!


Arenson's writing is incredibly readable and I mean that in the best possible way. His writing flows, whether it's exposition, description or dialogue. Talking about description, Arenson has some of the best. Whether he's describing a world of darkness with a culture that has traces of Japan, or whether he's describing a very English life on the sun side, the descriptions are vivid enough to come to life right in front of you. This brings me to the end of the novel which is a lot darker than the beginning. Whether I would recommend this book to children depends on how resistant they are against violence. However, none of it is gratuitous, which makes all the difference. His characters are never vile for the sake of it, but because they are part of the story. As such, it is still shocking but not in an abhorrent way.


So hop over there and also check out Arenson's website, and particularly the page for Moth, where you can find some maps and music which Arenson composed for the book!
Posted by Juli Rahel at 2/26/2015 01:40:00 pm