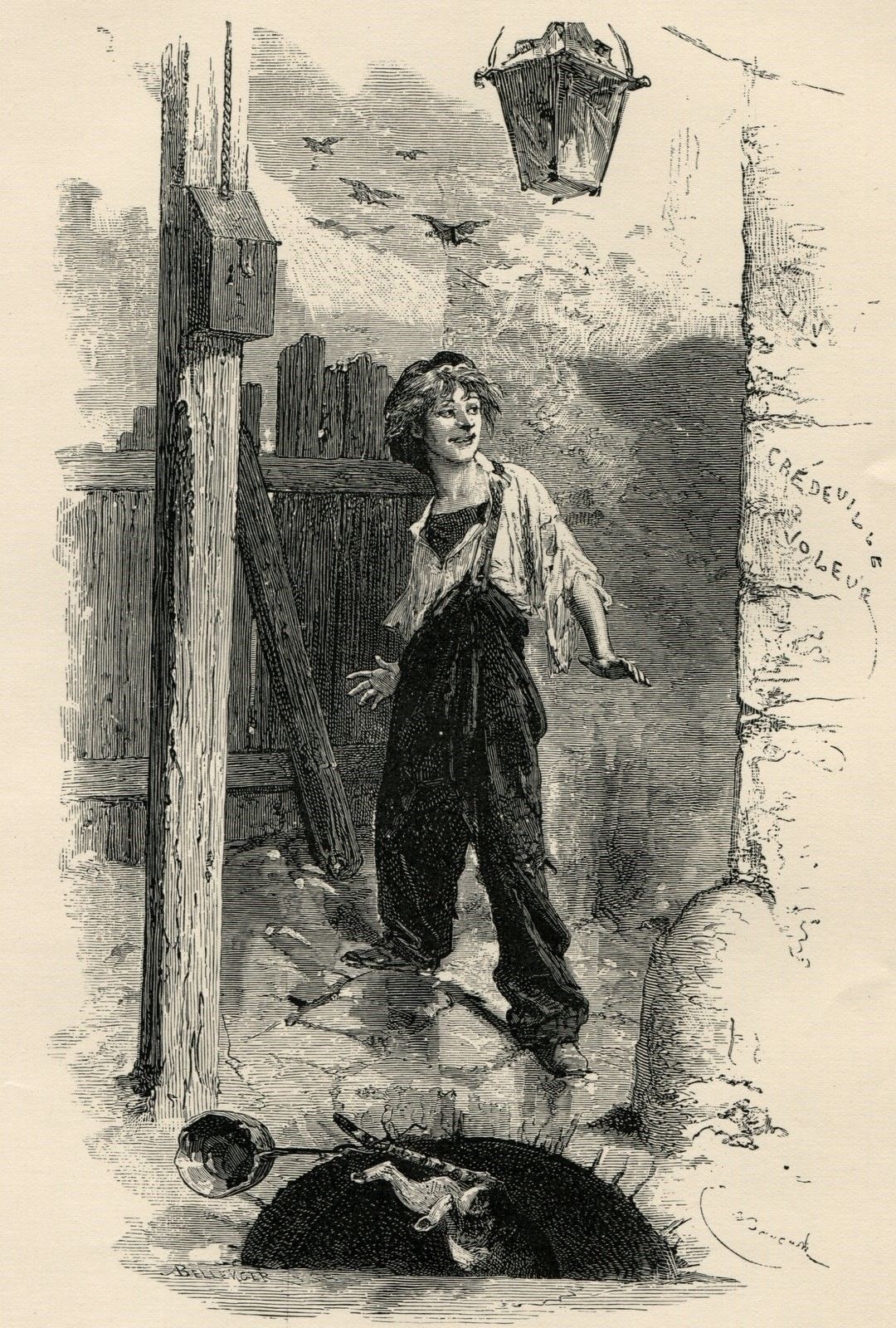 I know, I didn't post last week but there is a good reason for that, namely my lack of time. But I have been reading, slowly but surely, and now have 19 chapters to tell you about. The reason I read only 19 rather than the usual 20 is because it's the end of a book and it just felt like a great moment to pause. With what happened in Paris last week it was a bit tough to read certain chapters because Victor Hugo is so clearly in love with Paris and was waxing lyrical over its beauty.


Plot Summary:
A lot of different things happened in these chapters. On the one hand these 19 chapters saw the end of the second Volume, 'Cosette', and the start of the third 'Marius'. With that shift, the focus of the book also changes. First we're told about the way Jean Valjean escaped and then re-entered the Convent. As I said before, this is something I didn't know was going to happen and it as actually an ingenious way to continue the plot and to give Cosette and Jean Valjean a bit of a break.

From here we move on to talking about Paris and its droves of little children, ruling the street. Principle amongst it is of course little Gavroche. Describing him and those like him allowed Victor Hugo to go on a digression about Paris and how it reflects the world. It was fun to read and beautifully written but probably one of the less useful digressions. At the end, however, we were introduced to Gavroche and also got a hint at Marius, who will be introduced in the next chapters.

Feel of the Chapters:
I really enjoyed these chapters because much of it felt so vibrant! When Hugo was describing Paris or the gamin it just felt as if you could be running through the streets of Paris yourself and that's great when a book can transport yo that way. It was also a nice escape from the slight gloom and doom of the convent life we had been witnessing. I'm noticing a pattern here where Hugo will insert a substantial diversion or a new storyline at the moment where the main storyline gets to be very depressing. 'Paris is the synonym of Cosmos, Paris is Athens, Sybaris, Jerusalem, Pantin. All civilizations are there in an abridged form, all barbarisms also. Paris would greatly regret it if it had not a guillotine.' p.1005

Hugo loves Paris so much it's almost unbelievable unless you've been there yourself. However, he doesn't allow himself to be distracted by it and not focus on the darker sides of the city as well.

'The cry: Audacity! is a Fiat Lux. It is necessary for the sake of the forward march of the human race, that there should be proud lessons of courage prmanently on the heights. Daring deeds dazzle history and are one of man's great sources of light. The dawn dares when it rises. To attempt, to brave, to persist, to persevere, to be faithfull to one's self, to grasp fate bodily, to astound catastrophe by the small amount of fear that it occasions us, now to affront unjust power, again to insult drunken victory, to hold one's position, to stand one's ground; that is the example which nations need, that is the light which electrifies them.' p.1009