Of Memes and Hops

It's another Friday which means time for more memes. I cannot believe another week has passed but I guess time flies when you're having fun, so my week can't have been that bad. Now, onto some memes.

Book Blogger Hop is hosted by Billy over at Ramblings of a Coffee Addicted Writer. This week's question was asked by Elizabeth over at Silver's Reviews:
Do you have a schedule set for blogging and reading time? Or do you not have a set time and just let it happen?

I didn't use to have a schedule and at the beginning that was fine because I was still in high school and just really excited about the entire "blogging thing". But then I started University and everything just became a bit more intense. Now I have a schedule in the sense that I have certain memes I do on specific days, like Teaser Tuesday, Waiting on Wednesday and of course all the Friday memes. I don't always do all of them but that way I at least know there will be something on my blog most days. I don't really schedule my reading time because I like to read whenever I want and reading under pressure is hard. I do have my Netgalley reads "scheduled" though in the sense that there is a day before which it needs to be finished!

For Book Beginnings (hosted by Rose City Reader) and Friday 56 (hosted by Freda's Voice) I'm using Joseph Adams' Watership Down. I'm seriously going to start reading it now and I hope these two memes are going to get me more pumped than I already am. The cartoon movie is one of my favourite movies ever.


'The primroses were over. Toward the edge of the wood, where the ground became open and sloped down to an old fence and a brambly ditch beyond, only a few fading patches of pale yellow still showed among the dog's mercury and oaktree roots.'

I feel like there is a lot of finality to the beginning of this book, in the sense that nature is dying and decaying, despite the narrative only starting.


''Well, well, Prince with the Thousand Enemies, where are the lettuces?'"'I am having them delivered,' answered El-ahrairah. 'There will be rather too many to carry.' Then he and Rabscuttle went secretly down one of their few holes where there was no water, put a sentry outside and thought and talked for a day and a night.' 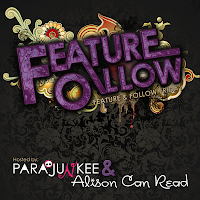 It's important to remember that this novel is about rabbits and therefore lettuces are very important. Despite what might seem slightly ridiculous, I'm loving the way it is written!


Follow Friday is hosted by Alison Can Read and Parajunkee. This week's question is:

Recommend some of your favourite back-list books - books that are at least a few years old (5 to 10 rather than classics).

This is quite difficult because I am terrible at remembering when books came out. But let's give it a try. Here are three I recommend.

So, what are your answers? Leave a link in a comment so I can come check it out!
Labels: Beginnings of English Book Blogger Hop Follow Friday Friday Friday 56 Harry Potter Memes The Girl with the Dragon Tattoo The Pillars of the Earth Watership Down