Review: 'Tell the Wind and Fire' by Sarah Rees Brennan 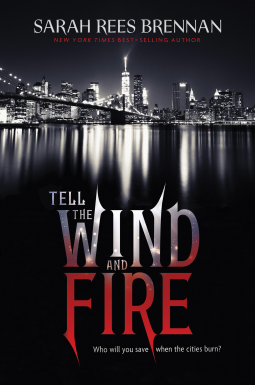 Sarah Rees Brennan was the author who changed my mind about Young Adult fiction and made me realize that one could actually get quite a lot out of this genre. So when I saw that she had a new book out, one which was loosely based on Dickens' A Tale of Two Cities, I knew I wanted to get my hands on it. And I'm glad I did. Thanks to Houghton Mifflin Harcourt and Netgalley for providing me with a copy of this book in exchange for an honest review.


In a city divided between opulent luxury in the Light and fierce privations in the Dark, a determined young woman survives by guarding her secrets.

Lucie Manette was born in the Dark half of the city, but careful manipulations won her a home in the Light, celebrity status, and a rich, loving boyfriend. Now she just wants to keep her head down, but her boyfriend has a dark secret of his own—one involving an apparent stranger who is destitute and despised.

Lucie alone knows of the deadly connection the young men share, and even as the knowledge leads her to make a grave mistake, she can trust no one with the truth.

Blood and secrets alike spill out when revolution erupts. With both halves of the city burning, and mercy nowhere to be found, can Lucie save either boy—or herself?

It was Brennan's The Lynburn Legacy series which made me a fan of hers. Her main characters were very interesting and diverse, her writing was incredibly funny and snappy, and even when she was using the worn-out and tired tropes of the YA genre she did so with an interesting edge that made me not even mind. So it could be said I went into Tell the Wind and Fire with relatively high expectations of Brennan, despite not being a Dickens fan at all. (I realise his books must be good to have amassed such a devout following but I can't bring myself to enjoy them. I am also disappointed in myself.) And throughout Tell the Wind and Fire I kept finding the things I enjoyed about Brennan before. Lucie was funny at times, she was determined if flawed and had the best intentions. Brennan's writing was still beautifully descriptive and the book in itself is very imaginative. And yet there was something about it that fell a bit flat for me.

So it can be said that I am a little bit conflicted over Tell the Wind and Fire. On the one hand I enjoyed it but on the other hand it left me hanging a little bit, right from the very start. And that is because the very plot of the novel requires a major leap of faith and suspension of disbelief. See, Tell The Wind and Fire is set in New York, but not in the New York as we know it. Because one day humanity suddenly discovered magic and there seems to be no real explanation for this. On the one hand it isn't necessarily relevant to the plot, it can quite happily continue without an explanation of the origin of Magic, but it makes the novel feel a little bit thin. I would have quite happily sat through a hundred pages of extensive world-building because that is one of my favourite parts of Urban Fantasy. And this is what in the end means that I did enjoy Tell the Wind and Fire but am not entirely impressed by it. Which is a shame because it does have some very interesting things to offer.

It's a shame when a novel as such has things going for it, like an author's writing style and an interesting idea, and yet doesn't entirely manage to take off. I myself haven't read A Tale of Two Cities so I can't say to what extent Brennan has managed to adapt Dickens, but I do feel that perhaps trying to put one of his complex plots into 300-odd pages is what stopped Brennan from shining the way she usually does. And I feel I need to emphasize again that I did, as such, enjoy reading Tell the Wind and Fire but I kept wishing for more. Lucie was interesting but she needed more development. Both Ethan and his dark secret are, dare I say it, predictable and therefore a little bit boring. And the novel ends at the point where I think the story could have really taken off. 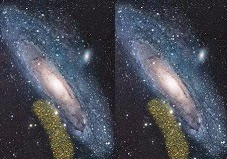 I wanted to like this novel more than I did and the reasons I am not hating it is because I do enjoy Brennan's writing. Tell the Wind and Fire could have been a lot more and despite how nice some of the writing is, it's a book you can race through and that won't challenge you. I'd recommend it to fans of Urban Fantasy looking for a fun and easy read.
Posted by Juli Rahel at 4/15/2016 10:55:00 am