It's Tuesday, I have been reading and I want to share as much of it with you as is possible, which is why these memes are great. First Chapter ~ First Paragraph is hosted by Diane over at Bibliophile by the Sea and Teaser Tuesday is hosted by MizB over at Should Be Reading.

For First Chapter ~ First Paragraph I'm using The Tree with No Name by Drago Jancar. 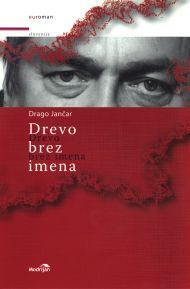 The Tree with no Name is a novel about Janez Lipnik, an archivist who gets sucked into the past through other people's life stories - an international serial lover Aleksij Grgurević, member of the Slovene Home Guard, a simple nurse working in a mental hospital. Janez's initial interest turns into an obsession. He delves deep into his own past as well as the past of other people and complements his own story with those he reads about in the archives. He remembers his childhood - his father, who survived Auschwitz, the teacher he was in love with. He reads about the horrors of war and the erotic adventures of a soldier. In the novel we witness an intertwinement of different stories and themes of love, war, history as well as existential themes.

I'm enjoying it so far, so here's the first paragraph.


'Sunrise, morning, the mowers - he had already left all of these far behind. Also the cellar he had crawled out of, and the put he had fallen into - all of this was far away, long ago, somewhere else. Most recently - and this he remembered distinctly - he had been sitting under some tree. There were mowers approaching, three of them, and so he retreated into the forest. Through the tall ferns he could see them unshoulder their scythes and he could hear their voices, but he couldn't make out any words. He could also hear the whetstones as they drew them in regular strokes along the sharp, ringing metal. Then they assumed their positions at the edge of the meadow and simultaneously began mowing in broad, regular strokes. It had been raining steadily for three weeks, and the heavy, green stalks had barely begun to dry, had barely lifted themselves back up in the June morning sun, when they started to fall in thick swaths. In those powerful peasant hands the scythes began to whistle through the morning grass glistening in the sun.' p.14

For Teaser Tuesday I'm using The Watcher in the Shadows by Carlos Ruiz Zafon. 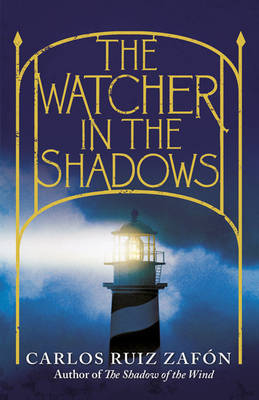 A mysterious toymaker who lives as a recluse in an old mansion, surrounded by the mechanical beings he has created ...an enigma surrounding strange lights that shine through the mists that envelop the small island on which the old lighthouse stands...a shadowy creature that hides deep in the woods...these are the elements of a mystery that bind will bind 14-year-old Irene to Ismael during one magical summer spent in the Blue Bay. He mother has taken a job as a housekeeper for the toymaker, Lazarus, but his house contains more secrets than Irene and Ishmael have bargained for.

And here are the teasers:


'Although she tried hard not to look, Hannah couldn't help glancing at the gypsy's terrifying effigy. Suddenly the fortune-teller's eyes opened and she extended a card towards Hannah. The card showed the figure of a red demon wreathed in flames.' p.59

I haven't gotten this far yet in the book, so now I'm really curious as to what is happening! I need to get back to reading it right now. What are your teasers?
Labels: Carlos Ruiz Zafon Drago Jancar First Chapter First Paragraph Teaser Tuesday The Tree With No Name The Watcher in the Shadows