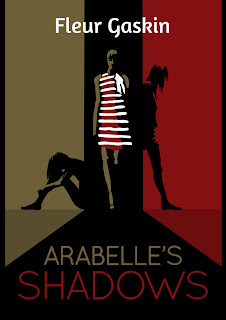 Today I have an amazing giveaway for you: 'Arabella's Shadows' by Fleur Gaskin! Hop over here for more info and an excerpt and here's a synopsis:

Everything in Arabelle's life is coming together. She has confidence, great friends, she's even dating Naak, a wealthy Thai socialite. But there are too many models in Bangkok. Arabelle’s broke, she can’t find an agent in New York, and Naak isn’t as wonderful as he first appears. Slowly the Shadows creep back into Arabelle’s mind, bringing with them thoughts of hopelessness and despair. The vile Shadows know something Arabelle’s refusing to remember and, if she’s not careful, they’ll use it to destroy her. Based on a true story, Arabelle’s Shadows takes us on a journey through the struggles of growing up, not quite making it as an international model, and attempting to overcome a crushing depression.

Does that sound like your kind of book? Then join the giveaway and win a free E-book of 'Arabella's Shadows'!


The Giveaway is open until Monday!

And now, onto the memes. Follow Friday is hosted by Parajunkee and Alison Can Read and this weeks' qst is:

I have started books, even though I thought I might despise them. One of them was 'The Girl with the Dragon Tattoo' by Stieg Larsson. Everyone had read it and was raving about it and there was a movie coming out so I decided there was no better way to spend my week of freedom than to read the Millenium trilogy. I finished 'The Girl with the Dragon Tattoo' the same day. The same thing happened with the sequel, 'The Girl who played with Fire'. I took a bit longer, 2 days, with the final one, but I truly enjoyed it.

Although I think the saying 'Don't judge a book by its cover' (what else are you supposed to judge a book by if not the cover and backside?), I do think that you need to give books a try if you think there is a chance you might enjoy it. For that reason I started reading the Mortal Instruments series. Unfortunately, I wasn't that amazed by it. I quite liked it, it was fun, but there were plot holes as gaping as the hole in my wallet and I only really liked one character.

For the next two memes, Book Beginnings, hosted by Rose City Reader, and Friday 56, hosted by Freda's Voice. BB is from 'Breakfast of Champions' and F56 is from 'The Picture of Dorian Gray'.

'This is a tale of a meeting of two lonesome, skinny, fairly old white men on a planet which was dying fast.'

This is such an understated way of starting such a genius novel. And it is an indication of how funny it is as well!

'You should say the first romance of your life. You will always be loved, and you will always be in love with love. There are exquisite things in store for you. This is merely the beginning.’

Harry is such a terrible influence on Dorian, but the sentiment here is almost nice!

So, how about your memes? Don't forget to join the giveaway, all you have to do is leave your email and name in a comment! Good Luck :)