Fandoms, Why They Matter

Most of us will have had the experience of loving something and finding others who share that sentiment. For many people it is one of the first times we really feel included in a group, feel part of something special and feel the drive to share and create. We have entered a fandom. Below I have taken a look at three different fandoms, those that still create, the ones that pay homage and those that seem to allow grown up women to become little girls fawning over their Prince Charming.

Unlike others, I do not think that fandoms truly started with the rise of the Internet. Long before the Internet, people got together and shared their love and passion. Whereas it is now more international, connecting people from different continents, it was, perhaps, more binding back in the day. There would always be those people in your town who loved the same band as you. You could meet up, listen to their songs and listen to them again. Read the lyrics, memorise them, discuss them, feel them. Comraderie could be found in sharing a love for something. It served as a tool of defining yourself. Where you a Rolling Stones fan or a Beatles fan? And it was not as divisive as it might sound because even though the "others" might not love what you loved, at least they knew what it was like to love. In other fans you recognised the same kind of feeling and that was something to rejoice in. Fandoms are crucial to the artists themselves. They are the loyal bunch, who will stay with a band or a novel or a film over the years. They will go to every gig, they will read the book to their kids or watch the film continuously. Without this backbone, many artists would have failed. Not only are they a source of income, they are an inspiration. 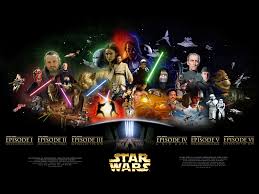 Look at the Star Wars fans, a fandom created long before the Internet became accessable to the masses. All it took was one film to come out and it changed the way the movie industry works and the way fans operate. The Star Wars fandom is one that, on the first glance, isn't very exuberant or flashy. It is a strong under current in the fans' lives and forms a real community. Sure, we have the occassional spats when the "original" fans decide to hate on Jar Jar again. But we are the fandom that builds its own costumes, creates our own 501st Legions and unites over discussion of good, evil and the grey middle section. 1977 sparked societies, merchandise and true involvement with the Star Wars Universe itself. Books, comics, music, art, sports, all of these have been ways in which people have expressed their love and understanding of Star Wars. And they have influenced the way Star Wars exists. The books are canon, their characters and storylines feature in the existing and future Saga. If a certain character is picked up by the fans, the big shots at Lucas Films, and now Disney, are bound to notice. And this is where a new evolution has taken place. Fans realise their power, now that they have become international. Surely they were aware of each other before, but now people can reach out to each other across borders and organise events or action unlike any before. An ongoing example is the demand to continue the Clone Wars series, after Disney pulled the plug. Fans from across the world are sending in their padawan braids in protest. If it will work, who knows. But the fans are making themselves known. 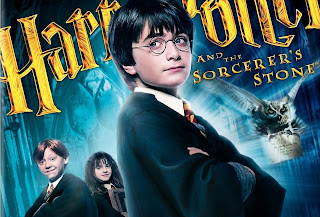 Not many fandoms are as creative and cohesive as the Star Wars fandom, in the sense that they actively contribute to the Extended Universe. I should make clear that every fandom is incredibly creative. Stories are written, paintings are made, songs are recorded. But Star Wars, you see, isn't finished. 'The Lord of the Rings' is. Tolkien was the one and single creator of Middle Earth. Although fans can add to and expand their own understanding of the books, there will never be more. Fandoms for books are an homage, they get together and remember what it was like to read. The 'Harry Potter' is a great example because it found itself on the border between the previous two for years. 'Harry Potter' was still in the process of being created when I read the first books. We could both reminisce over having read the first chapters and imagine what would happen in the last. The movies added to that experience and continued the spirit for a little bit longer after the books had been written. But now it is well and truly finished. And no matter how melodramatic it sounds, 'Harry Potter' is now part of my childhood and it cannot be changed. I will read the books to my children, but they will not know what it was like to wait for the next one to come out, to feel the anticipation of something new. It is already there. The 'Harry Potter' fandom has the power to continue the J.K. Rowling legacy and that is where its strength lies.

Then there are the other fandoms which seem to get less credit, those that center around (mainly) actors rather than novels. Yes, these are a new creation, only possible because of the increased sense of celebrity in our culture. Actors might have been famous before, but mainly for the roles they played. Now we know them for the suits they wear, the shoes they buy and the fast food they don't eat. And with that has come the attention handsome male actors receive. Throughout the decennia, women have been described as hysterical, emotional, hormonal or simply female. And although I am a feminist at heart, I do believe there is a certain truth to some of those stereotypes. We women do love to get together and squeal over anything pretty or cute. And now we can do it anonymously, on the Internet and together. This mostly takes place on websites such as Tumblr, a personal favourite. Within the fandom, there is hardly any judgement. Do you want to scream about how beautiful his arms are, go for it. Would you rather stare at his eyes and tell us why they are better than the sun, fine by us as well. It might seem strange from the outside, but it is a way of releasing some kind of pent up desire to admire.

I myself think that fandoms are beautiful things. Some might argue they have become less personal, now that much of it happens over the Internet. But people are more honest when they are anonymous and in these fandoms that is mostly for the better. Being a part of the fandom feels like being part of a secret society, of knowing something others don't. You can laugh about how silly you all are, make it your own guilty pleasure. You can meet people who feel just like you and who desperately want to discuss the importance of that one little sentence that changed the course of your life. And we all want to belong somewhere, be a part of something and help remember what is important to you.
Posted by Juli Rahel at 4/30/2013 10:41:00 pm