Review: 'The Disappeared' by Amy Lord 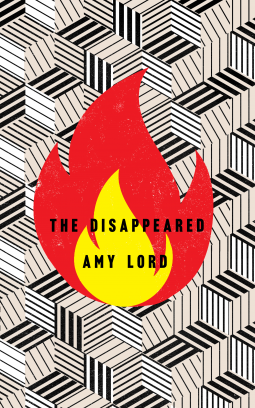 I must shamefully admit to not reading Nineteen Eighty-Four until earlier this year, but it gave me a whole new appreciation for Dystopia, much in the way watching V for Vendetta first did. (Yes, I haven't read the graphic novel yet but I will, I promise!) In many ways I think reading it now, at this moment in time for our world, made it even more relevant to me, much in the way that the release of Hulu's The Handmaid's Tale is scarily well-timed. Orwell's novel continues to be an inspiration for many writers, and The Disappeared is one of those. Thanks to Unbound and Netgalley for providing me with a copy of this book in exchange for an honest review.


What if reading the wrong book could get you arrested? In a decaying city controlled by the First General and his army, expressing the wrong opinion can have terrible consequences. Clara Winter knows this better than anyone. When she was a child, her father was taken by the Authorisation Bureau for the crime of teaching banned books to his students. She is still haunted by his disappearance. Now Clara teaches at the same university, determined to rebel against the regime that cost her family so much – and her weapons are the banned books her father left behind. But she has started something dangerous, something that brings her to the attention of the Authorisation Bureau and its most feared interrogator, Major Jackson. The same man who arrested Clara’s father. With her rights stripped away, in a country where democracy has been replaced with something more sinister, will she be the next one to disappear?

Amy Lord is not shy about the novels that inspired her novel. Whether it is Fahrenheit 451, V for Vendetta or The Handmaid's Tale, she acknowledges them within the novel as books stolen or burned. They're the books that inspired Clara's father and now inspire her. However, the novel at the heart of The Disappeared is Nineteen Eighty-Four. It is the novel Clara uses to inspire her students to quiet contemplation and from there almost open revolt. It is also the novel upon which The Disappeared is very clearly based and having only just read Orwell's masterpiece myself, the comparison didn't do Lord a lot of favours.

The premise of The Disappeared is strong. In a post-Brexit UK, a new government has established itself after terrorist attacks makes the general populace more fearful and therefore easier to control. Certain books have been banned and only government-approved writing makes it to the public. Clara's father is arrested after it is discovered he has a library stock-full of banned books. His arrest is a traumatic event for the young Clara, further intensified by the fact that the one doing the arresting becomes her step-father. Now an adult and professor in literature herself, Clara convinces her partner Simon to teach their students the truth. This decision brings with it consequences she may not be ready to face. I can't share more without spoiling, of course, but for those aware of Nineteen Eighty-Four there won't be many surprises. As I said, I liked the premise of The Disappeared and Amy Lord makes a number of interesting choices, but overall her novel suffers from weak dialogue and odd twists and turns. Clara is hard to understand at times. She seemingly makes her choices out of conviction, but then backtracks on them immediately. Her trauma in regards to her father is pushed to the extreme, making it almost uncomfortable at times. And the novel ends on an odd note that feels out of touch.

This is Amy Lord's first novel and that may explain some of the weaknesses of The Disappeared. The dialogue often falls flat or feels too casual for the tone of the novel. Characters aren't fully fleshed out, which means some of their actions seem out of character. There is also no clear timeline for the novel, which meant that for me some things happened surprisingly quickly, while others happened incredibly slowly. There are also some rather graphic violence in the novel, which actually grounded the novel quite well, explaining what was at stake for Clara and the other characters. One of the things that really interested me about The Disappeared, however, was how Lord doesn't just give us Clara's point of view, but also gives us a look into Major Jackson, the man who arrested her father, married her mother and now becomes her enemy as well. We see his disillusionment with his own job, as well as his disappointment in himself and the regime he supports. I would have really liked to see this worked out more. Lord did excel at the descriptions in her novel, creating some imaginative and memorable moments which were very promising. Overall I am interested to see what Amy Lord comes out with next.

The Disappeared captured my interest, even if it didn't always manage to hold on to it. Amy Lord set herself a hard task by trying to follow in the footsteps of Orwell and others, but there are some great moments in The Disappeared which hold promise.