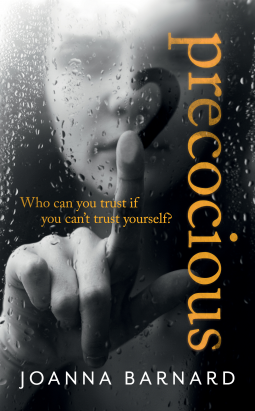 There are books which remind you how important and crucial blurbs are. The blurb for Precocious was what drew me in and intrigued me because it seemed to question how people remember their own lives, how they reinterpret and arrange memories and how our past affects our future. Thanks to Netgalley and Random House UK for providing me with a copy of this book in exchange for a fair review.

There are some lessons you shouldn’t learn in school…

Fiona Palmer is (un)happily married when a chance meeting with her former teacher plunges her headlong into an affair.

Intercut with the realities of their adult relationship, Fiona remembers first meeting the enigmatic Henry Morgan as a precocious and lonely fourteen-year-old. Her schoolgirl crush developed into an intense relationship, but it was always one which she controlled.Or did she?

A controversial, compelling debut novel from an award-winning writer

Sometimes it is said of books that their plot unravels and this can be meant both in a good and a bad way. Precocious is a novel that unravels, on many different levels. The initial plot is an interesting one, if potentially cliché. Many people will remember having crushes on teachers in high school or having friends who nurtured a crush. But what happens when that develops into a relationship and the tension is never resolved? What makes Precocious more adventurous than what its plot might suggest is the way Barnard has layered her narrative. The reader starts with Fiona and follows her as she unravels the layers of her own life. Barnard doesn't back away from describing difficult issues but does so in a starkly honest way. There is no typical black-and-white, good vs. bad in Precocious. Rather, Barnard's word is cast in shades of grey, varying in darkness. There are characters who consciously do wrong and those who do so accidentally. Only one character seems to be an angel, but much of this, I believe, is down to Fiona's unreliable narration rather than a slip-up on Barnard's side.

My only true fault with the book is that it takes some time to really get started. Although the plot takes off pretty much from the end of the first chapter, it could take the reader quite a while to get in touch with Fiona. Partially this is because Barnard, quite consciously, never truly sets the reader in Fiona's shoes. Her inability to find clarity, emotionally and otherwise, means that she feels like an unreliable narrator to the reader, keeping them constantly distant. This is really interesting once the crux of the novel really comes into view and many things stat unravelling, but before then it can feel as if Precocious is simply dragging you along without getting you involved.

As I mentioned above, Barnard's writing is great to read. As frequent readers of this blog will know, I'm not a bit fan of first-person narration because it so often doesn't manage to draw the reader in but rather create such an ever-present main character that it becomes annoying. However, Barnard finds a way to use her first-person narration in a very clipped way. Fiona's thoughts actually feel like thoughts, short, clipped and sometimes confused. The lines below are a great example:


'Can't move for ... stuff. Just want silence, and space. I long for a white canvas, a blank page. Close my eyes and wish that when I open them again it will be the same, smooth blank space as behind my eyelids.'

Barnard puts the reader in Fiona's shoes while also allowing Fiona to be separate from the reader. Throughout the novel there are some beautiful passages and great twists, some of which are more predictable than others. It makes for great and enjoyable reading. In my case I found it hard to put the book down once I'd gotten into it.

Precocious is a great read which touches on a number of very interesting topics. Barnard approaches her characters sensitively but honestly, showing them for all they re but never making caricatures of them. I'd recommend this novel to fans of literary and women's fiction. However, fans of thrillers will also find aspects of this novel very enjoyable.
Posted by Juli Rahel at 7/20/2015 03:44:00 pm