Harry Potter Moment of the Week - Most Beautiful Spot

My reply last week was a bit of a disaster because of a lack of sleep, but this week I've had more sleep, so hopefully this one won't read like as much of a mess! Harry Potter Moment of the Week is hosted by Leah over at Uncorked Thoughts. This week we're picking:


The Most Beautiful Spot in the Series

Well, obviously nothing is as beautiful as Hogwarts! Seeing it burn on the posters for HP 7 was heart breaking! J.K. Rowling said the following about it:

'(I visualize Hogwarts as) a huge, rambling, quite scary-looking castle, with a jumble of towers and battlements. Like the Weasley's house, it isn't a building that Muggles could build, because it is supported by magic.'

I love the idea of Hogwarts as this completely magical building with its own life, towers that no one is exactly sure who built, ghosts and a Rom of Requirement because it is there for all of its students needs. It just sounds like an absolutely beautiful place. I somehow feel I should pick something more specific though.

Another place I thought was absolutely stunning was Shell Beach. It's sad we only really got to see it during such an emotional scene. First few times I was way too distraught to pay attention till I managed to stay a bit calm and actually look around. 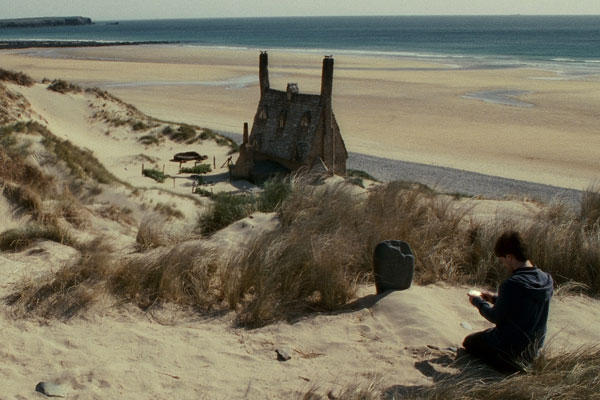 It's just so incredibly beach-y and it is really making me crave for summer! Also, I'm sorry for the trauma I might be incurring with this picture, it was the best one I could find. Just ignore the bottom-half of it if it's too emotional for you! It's what I do...