It is now the tenth day of 2014 and soon it will be a century since the start of the War to end all Wars, the frischer fröhlicher Krieg, the Grande Guerre. This war was unlike any Europe had seen before, encompassing all of the continent into a conflict that costs it an immeasurable amount of lives, only to be repeated and intensified twenty years later. Naturally, this had a massive effect on the people's minds at the time and some of its best literature has roots in this period. Up until the 28th of June 2014, I will be posting about a literary work linked to the First World War every Friday.

First up, is the poet Wilfred Owen. Born in 1893, Owen was 21 when the First World War started. He was sent to the front line twice, returning to Edinburgh after the first time with shell shock, which is where he wrote most of his poems. He returned to duty in August of 1918, but was shot just a week before the end of the War, the news of which his parents received on Armistice Day. Most of his poetry was published posthumously, but much of it still remains out of the public eye. His poetry is praised for its lack of patriotism in favour of the stark reality of war. One of this most famous poems is 'Dulce et Decorum Est'. In 'Dulce et Decorum Est', Owen describes the consequences of a German gas attack on the trenches. Rather than cover up the atrocities he encountered in order to maintain the image of a the Noble British Solider, Owen calls himself and his comrades 'old beggars' and 'hags', who 'trudge' rather than march or stride. Not only is he criticizing the way propaganda has presented soldiers, he also creates an atmosphere of despondency and low spirit. 'beggars' and 'hags' are in the lowest class of society and yet we find them here, on the battlefield, suffering for their country without any reprieve. These men 'cursed' and 'turned [their] backs', wanting nothing more than 'rest'. All the words used to describe these soldiers and their actions emphasizes the sense of defeat that permeates the first stanza. There is nothing victorious or majestic about these soldiers, surrounded by 'sludge'. Behind the phrase 'Many had lost their boots/ But limped on, blood-shod' lies more than just the absence of physical shoes. These soldiers have lost their foothold in real life, they are surrounded by 'haunting flares', 'blind' and 'deaf' to the dangers they find themselves in. They are like animals, trudging on, filled with 'fatigue', while behind them 'gas-shells [are] dropping softly'.

With the introduction of the gas-shells, a sense of urgency and panic enters the poem. 'Gas! GAS! Quick, boys!' is an outcry no doubt very frequently in the trenches. It is also a wake-up call for the reader, alerting them to the very real and yet alien danger. The phrases 'the ecstacy of fumbling', the 'clumsy helmets' that are put on 'just in time' equal the possibility of death with that of sexual gratification, reminiscent of the French phrase 'la petit-mort' for 'orgasm'. Life and death are so closely entwined in the trenches that the adrenaline rush of fearing for your life seems to invigorate these men. The reader is partially pulled back to awareness when the poet notices 'someone still yelling out and stumbling'. What he sees still seems too fantastical, a 'man in fire or lime', 'drowning' under 'a green sea'. The poet sees all this through 'misty panes' and 'thick green light' because he himself has managed to put on his gas mask and is safe from the mustard gas slowly spreading through the trench. Owen interrupts his description of events for two, terrifying lines:

In all my dreams before my helpless sight,He plunges at me, guttering, choking, drowning

Owen breaks with his account to reconnect the reader with his own world, the world where one goes to bed quietly and cannot escape a nightmare. He brings the War and Terror closer to home and lets the understanding sink in that experiences like these never fade. While recovering from shell shock in Birmingham, his psychologist advised his to write his dreams and ideas down and many of his poems are an account of his nightmares and fears. 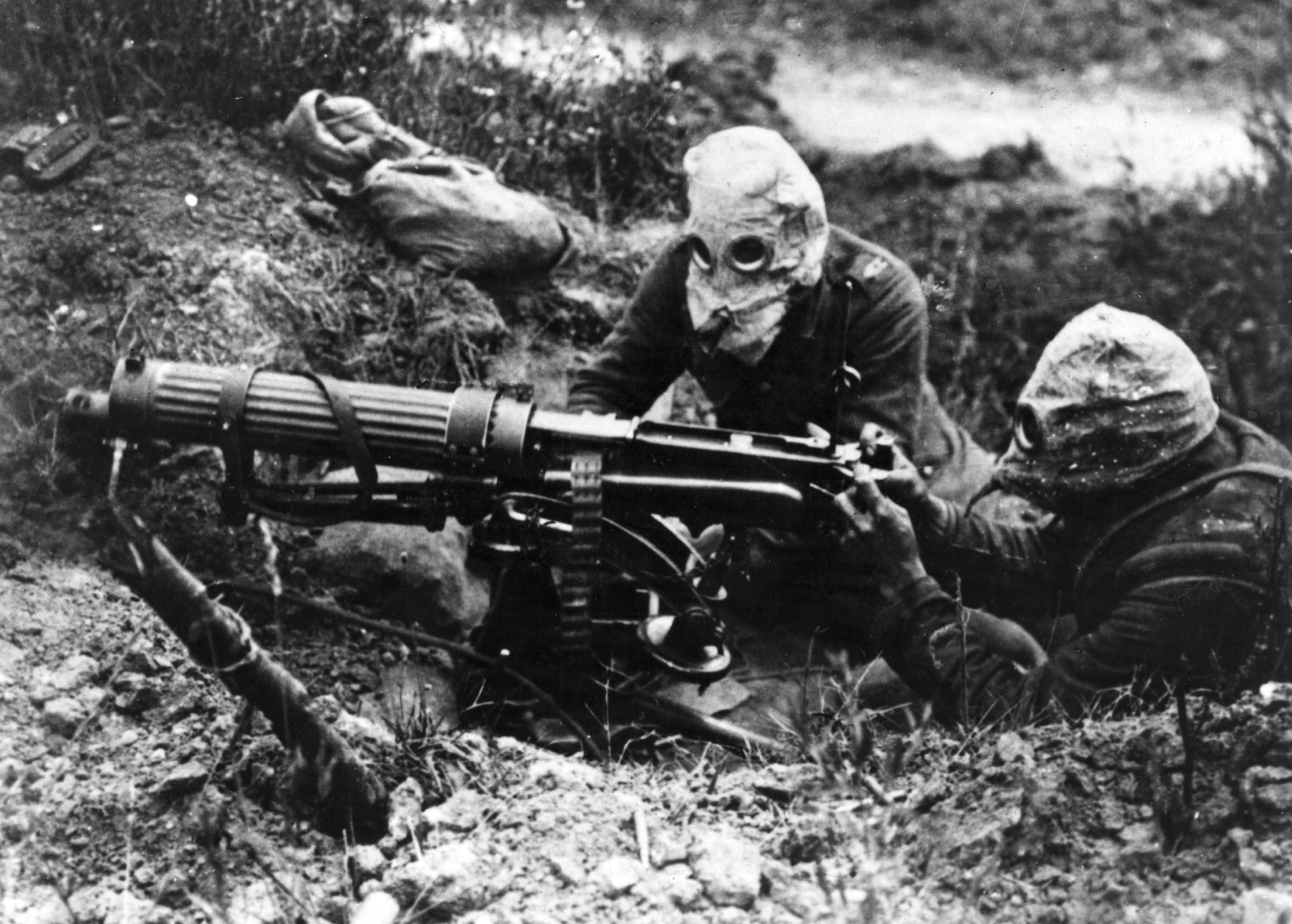 Having engaged with the real world, as if waking up from an actual dream, Owen continues in a bitingly ironic tone that is a lot more realistic. These dreams are 'smothering', revealing that wearing a gas mask cannot save you from anguish. Possibly addressing the writers of propaganda, Owen wishes the reader could see what he sees. The dying soldier, 'flung' into a wagon, devoid of any humanity, 'writhing', his 'face hanging', his blood 'gargling from the froth-corrupted lungs', is indeed nothing more than a devil 'sick of sin', a man completely abandoned by all gods. Humanity alone is depraved enough to kill its own children in such ways even the Devil has to turn aside. What Owen describes as 'obscene as cancer, bitter as the cud of vile, sores on innocent tongues' is the sounds of young men dying, one after the other, served up as canon-fodder and disposed of like animals. Owen has to stop himself in his narration and does so with a simple dash, cutting not only himself off but also the life of the soldier. It is over just like that, a simple line preventing any further words, any possible saving grace.

The 'My friend' is a bitter dig at the men and women who encourage children 'ardent for some desperate glory' that sacrificing themselves is a good thing. Throughout Europe, the War was presented as a quick affair, something that would have the German soldiers back home by Christmas. The reality was starkly different, trapping soldiers in a living hell in trenches in Verdun, the Somme and many other places. With nothing to hold onto except 'Dulce et decorum est pro patria mori' ('It is sweet and honourable to die for your country'), these children died in the 'sludge' for a country that had promised them 'glory'. It is these last lines that form the major argument of the poem, presenting Owen's criticism of the propaganda that was continuously being spouted by the Government about the nature of the war. His adherence to realism is what set his poetry apart and made Owen one of the War's greatest poets.

Next to 'Dulce et Decorum Est', 'Anthem for Doomed Youth' is another piercing war poem by Wilfred Owen.