If there was one book you could make sure no on ever read again...what would it be? And why?

On the first glance, this seems like a rather easy question because everyone has books they dislike, but do I never want it to be read again? Whereas I'd be happy with Twilight disappearing from my library, even from that novel something can be learned, i.e. never base your entire life around a man because nothing but misery will follow. Also, marriage and pregnancy aren't all they're made out to be. 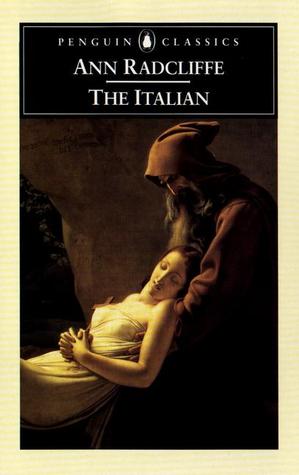 But I don't think I've ever read a book that had nothing redeemable about it. Sure, some books have very obvious flaws but most of them at least have a fun idea at their core or lead you on to whole new genres which you'd never explored before. Also, people simply have different tastes and something I hate might be someone else's favourite thing. A book I severely disliked is The Italian by Ann Radcliffe. Lord, never have I been this annoyed by a book. I didn't even manage to finish it, because there's only so many pages of Radcliffe waxing lyrical about the moon or the female heroine fainting that I can read.


From the first moment Vincentio di Vivaldi, a young nobleman, sets eyes on the veiled figure of Ellena, he is captivated by her enigmatic beauty and grace. But his haughty and manipulative mother is against the match and enlists the help of her confessor to come between them. Schedoni, previously a leading figure of the Inquisition, is a demonic, scheming monk with no qualms about the task, whether it entails abduction, torture—or even murder.

But although I really dislike this book, I wouldn't actively try to dissuade anyone from reading it. I might not encourage them to, but if they did decide to attempt it I wouldn't kick them out of my house for it...probably.

So, is there a book you want to delete from public history?
Labels: 2014 Ann Radcliffe Booking Through Thursday Gothic The Italian