Who is... Angela Carter 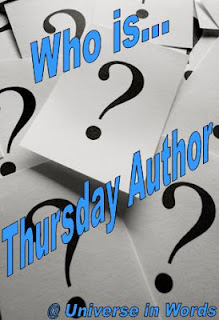 Angela Carter wrote some of the strangest stories I have ever read, but I think she is a fascinating writer and therefore I thought I'd introduce her to you, or bring her  back to mind if you already knew her.

She was an English writer who is famous for her feminist writings that criticize the portrayal of women in Western society. Anthony Burgess (A Clockwork Orange) and Salman Rushdie (Midnight's Children) both expressed their admiration for Carter, yet many critics were dismissive of her works. She added a magic realism to her feminist works that many critics found absurd.

Stories by her that I read are 'A Company of Wolves' (yes, the cult film from the '80s was loosely based on her short story, the key being loosely), 'The Bloody Chamber' and 'The Lady of the House of Love'. All of these are part of the book 'The Bloody Chamber and other stories', which is a compilation of short stories that are all reworkings of fairytales. She rewrote them because she wanted to turn the stereotype of the 'dependent damsel in distress' around.

'A Company of Wolves' is probably my favourite, just because it has such an amazing setting which Carter explores beautifully. Red Riding Hood is just known as the girl and she meets a young handsome man in the forest, with whom she innocently bets he cannot reach her grandmother's house before her. When she gets there has has eaten her grandmother, turned into a wolf and demands his price: a kiss. She willingly undresses and the rest of the story takes its natural course. What she tried to do was show the girl as having an active role in deciding what happens to her and in the end it seems she has tamed the wold. Yet here, I partially agree with the critics because she doesn't seem to offer any other alternative for the girl except having sex. It almost seems as if she reinforces the stereotype that women only have power if they seduce men. However, it is a fascinating story and very entertaining to read. I also enjoyed 'The Bloody Chamber', which is based on the fairytale of Bluebeard and his bride. I particularly liked the beginning, when Bluebeard's bride travels to his castle. What is great about this story is that it hints at the darkness within every human being.

Her strangest book is 'The Passion of New Eve' and so far I have refrained from reading it. Again, Carter tries to challenge the portrayal of women and creates a dystopian world in which a slightly chauvinistic man has to undergo a forced sexchange. If you thought this was strange, I invite you to hop over to Wikipedia or to this blog: Savidge Reads, which has a pretty good review! I think I might like to read it at a certain point, but at this point I am not yet convinced it is actually a good book.

Interested and want to read more? Here are some essays on her that I used in my analysis for my English class!

P.S: If you're a vampire fan, read 'The Lady of the House of Love'.