Why? Sexual Rewrites of Classics 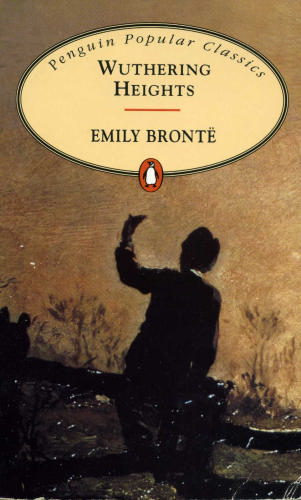 I want to apologize in advance because this post might turn into a rant but I am sorting out my thoughts while writing. Yesterday I was watching Channel 4 News when they brought an item about the rewriting of some classic novels to "be more modern", which was a fancy way of saying that they added sex, just because 'Fifty Shades of Grey' is popular.

I believe that there is a fundamental difference between novels such as 'Lady Chatterley's Lover', 'Jane Eyre', 'Moby Dick' or 'A Christmas Carrol' and books such as 'Twilight' and 'Fifty Shades of Grey'. The former are classics which means that throughout the years and decades these novels have proven they have a pull and are attractive to people from every generation. They make the reader think, question him, even if the reader isn't aware of it immediately. They have the ability to be more than entertainment. The latter are fads, they are novels that garner interest, become a craze, cause a whole mountain of similar books to be written and then the public is interested in something else and the process starts again. It is a momentary pleasure. First it was vampire novels, now it is bondage and who knows what it will be next. But why would we subjugate books that have proven themselves to be valuable to a temporary craze?

My problem is not so much the writing of sex scenes including literary characters. I see it as a way of spoofing or parodying the original work for entertainment. I have been looking through the reviews on Amazon of some of those rewrites and most of the people comment on the fact that it is funny to read. There is nothing wrong with this. Classics have always been spoofed because people have read the actual works and are able to appreciate the way that the added scenes change or enrich the story. But last night, I felt it went beyond that. According to Zoe Margolis, 'sex-blogger and author', these rewrites are a way for a 'new audience to access' the books who would otherwise 'never access or read this content' and that it would be snobbish to not want to change the books.

It is not snobbish to want to preserve the classics the way they were written. They are the intellectual property of an author, even if he/she is dead, who intended a novel to be written and structured in a certain way. Every amateur author can testify how difficult it is to structure a page of writing or to find the right word. By adding sex scenes and presenting them as a new version, not just a parody, you are changing the book and the plot and, in my opinion, lose some of the essence of a novel. If a reader has no interest in 'Sherlock Holmes' until he/she finds out someone rewrote it with a homosexual relationship between Holmes and Watson, then I dare to say that they are not introduced to the book as Margolis seems to think, but they are simply part of a craze and will immediately move on to the next book. John Sutherland felt that the rewriting classics with sex scenes and presenting it as more accessible, portrayed the original novels as 'inadequate', as if the lack of sex scenes was a deficit that had to be made up for. Is something missing from these novels that is quintessential to our time and does that mean that young people cannot appreciate them nowadays? I don't think so and all I can do is take myself as an example. I am very much a creation of my generation and circumstances. I am used to Internet being always accessible, being able to contact everyone everywhere and that entertainment is delivered at my door. But I still love the classics the way they are. Novels such as 'Wuthering Height's, 'Pride & Prejudice' and Shakespearean plays write about core human values such as honour, friendship, love and trust. They tread the fine line between representing the time in which they were written and representing humanity. Take a novel like 'Pride and Prejudice'. Of course Jane Austen was restricted by the time in which she wrote, sex wasn't discussed as openly and perhaps didn't have the same importance. But the physical and emotional attraction between Mr. Darcy and Elizabeth Bennet is obvious in Austen's writing.

Does it have to be written down explicitly because we can't imagine it anymore? Where has our imagination gone? It is almost as if an author has to write down that two people in love will have sex, because if they don't the reader will think they won't. If an author writes about a relationship, can the reader not imagine what else happens? When you read the strawberry scene in Hardy's 'Tess of the D'Urbervilles' the sexual undertone and innuendo is obvious enough. He is pushing a strawberry in and out of her mouth, how much clearer can you get! And is it not much more fun to be able to use your imagination and create a personal reading experience than having it all written out for you so you can read it and then move on?

Something Margolis seems to believe is that sex is 'hushed up' in our society and that by adding sex to classics we are able to be more open about it. Where has that belief come from? John Snow, the Channel 4 News presenter, mentioned the Sexual Revolution that has taken place and I really don't feel that there is not enough attention for sex in our society. 'Lady Chatterley's Lover' has been openly published in the UK for 50 year  and deals with sex very openly. And who hasn't seen the many novellas in which a duke seduces a poor maid or in which a lady is ravished by a young squire? We have realized that sex sells and companies, movies, tv series and the music industry have caught onto that. In a society where sex is really hushed up, 'Fifty Shades of Grey' could never become a phenomenon.

In short, I feel the classics do not have to be changed every time the public is interested in something different. There is nothing wrong with writing parodies, but the key element to parodies is that the reader has to know the original work to be able to appreciate the changes. And as long as the changes are made for the sake of the change themselves and the sake of selling more Ebooks and maintaining a craze, I think it is silly to blow it up into an issue of getting more people to read or make sex a more open subject.

Rant finished. So, what are your thoughts? Do you think the classics would be served with more sex?

UPDATE:
Thanks to Claudia over at Lit Hitchhiker, I was alerted to another great post on sexual rewrites of classics that shows it is not just a thing of our age.
Posted by Juli Rahel at 7/18/2012 12:52:00 pm