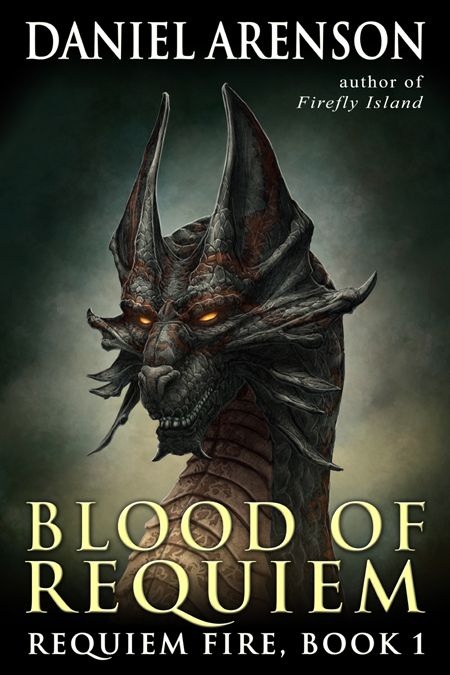 I am terribly late with this review and very ashamed because of it, but finally, here it is. I really enjoyed this book. As Arenson did in The Gods of Dream he spends a lot of time on the surroundings of his characters. Castles and landscapes are described in such a form that I could see them before me while reading. I have noticed that this is missing in a lot of literature, where an author simply leaves it to the reader to fill the gaps. Thanksfully Arenson does create atmosphere and setting.


I am a huge fantasy fan, but a lot of books that call themselves fantasy are not what I would call fantasy. A fantasy book is so much more than just a story with magic in it or something paranormal. All the vampire books are not fantasy and definitely not literature. 'The Lord of the Rings' is fantasy, because an author has spend time to build a story, create characters and present everyday struggles and morals in a way that we can read and aspire to them. Arenson achieves this at times in 'Blood of Requim', 'Flaming Dove' and 'Gods of Dreams'. In a fantasy world his characters go through betrayal, love, friendship and confusion.
At the centre of the book is Kyrie Eleison, a young Vir Requis, one of the few who have remained after the Great Battle. He wants to find Benedictus, the former king of the Requis, in order to revenge his dead parents and friends on Dies Irae, now king and brother of Benedictus. Kyrie is a great as a character because he is sometimes unstopable in his youthful enthousiasm. Benedictus is a great opposite to this and together they make the perfect master-student couple.

Arenson made the decision to write each chapter from a different character's perspective. Especially in a story like this, where there are two sides fighting each other, it allows the reader to be able to judge by themselves and not blindly follow what the main character thinks. I also really enjoyed the chapters from Gloriae's point of view. Gloriae is Dies Irae's daughter, however Benedictus beliefs she is his daughter. Gloriae knows none of this and has been raised to hate Vir Requis and her story is one of the most interesting ones in the book.

As you may have notices, all the characters have Latin, often religious names. Arenson did the same in 'Flaming Dove'. It shows extra consideration for his characters on the author's side. All the names tell us something about the characters. Benedictus' wife is called Lacrimosa, which means tears in Latin. She does have a lot to cry about, since her life has not exactly been easy. By doing this the characters gain extra depth and it shows the author's commitment.

I have enjoyed all of Arenson's books and I can't wait for the sequel to this one. Although this book can be read alone, I think it is almost impossible not to be wanting to read the sequels. I give this book...

It is a really enjoyable book and its story will definitely hook you if you are a fantasy fan. His characters are loveable and his writing style is easy to read and to enjoy.