Waiting on Wednesday - 'A Sudden Light' by Garth Stein 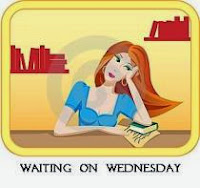 Waiting on Wednesday is  a weekly event, hosted here, that spotlights upcoming releases that we're eagerly anticipating, hosted by Jill over at Breaking the Spine. I haven't done this meme in ages but I just picked up a book from Netgalley and I really want to share it with everyone!

That book is A Sudden Light by Garth Stein. I swear this got recommended to me during Armchair BEA and then I found it on Netgalley. I kind of forgot about it until I reread the synopsis yesterday and was blown away again! I think I might just start it now. It comes out on the 30th of September, 2014.


When a boy tries to save his parents’ marriage, he uncovers a legacy of family secrets in a coming-of-age ghost story by the author of the internationally bestselling phenomenon, The Art of Racing in the Rain. 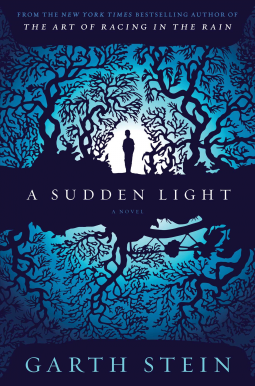 In the summer of 1990, fourteen-year-old Trevor Riddell gets his first glimpse of Riddell House. Built from the spoils of a massive timber fortune, the legendary family mansion is constructed of giant, whole trees, and is set on a huge estate overlooking Puget Sound. Trevor’s bankrupt parents have begun a trial separation, and his father, Jones Riddell, has brought Trevor to Riddell House with a goal: to join forces with his sister, Serena, dispatch Grandpa Samuel—who is flickering in and out of dementia—to a graduated living facility, sell off the house and property for development into “tract housing for millionaires,” divide up the profits, and live happily ever after.

But Trevor soon discovers there’s someone else living in Riddell House: a ghost with an agenda of his own. For while the land holds tremendous value, it is also burdened by the final wishes of the family patriarch, Elijah, who mandated it be allowed to return to untamed forestland as a penance for the millions of trees harvested over the decades by the Riddell Timber company. The ghost will not rest until Elijah’s wish is fulfilled, and Trevor’s willingness to face the past holds the key to his family’s future.

A Sudden Light is a rich, atmospheric work that is at once a multigenerational family saga, a historical novel, a ghost story, and the story of a contemporary family’s struggle to connect with each other. A tribute to the natural beauty of the Pacific Northwest, it reflects Garth Stein’s outsized capacity for empathy and keen understanding of human motivation, and his rare ability to see the unseen: the universal threads that connect us all.


A house built out of massive trees with a ghost in it... How would anyone not want to read about that? So, what are you waiting for?
Labels: A Sudden Light Garth Stein meme netGalley Waiting on Wednesday