Tour: 'Running Through A Dark Place' by Michael J. Bowler

Today I'm part of the blog tour for the amazing Running Through a Dark Place by Michael J. Bowler. 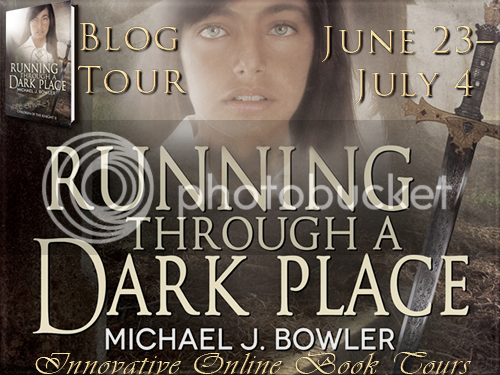 King Arthur and his extraordinary young Knights used ‘might’ for ‘right’ to create a new Camelot in the City of Angels. They rallied the populace around their cause, while simultaneously putting the detached politicians in check. But now they must move forward to even greater heights, despite what appears to be an insurmountable tragedy.

Their new goal is lofty: give equality to kids fourteen and older who are presently considered adults only when they break the law. Arthur’s crusade seeks to give them real rights such as voting, driving, trading high school for work, and sitting as jurors for their peers charged with criminal behavior.

Understanding that the adults of California will likely be against them, Arthur and his Knights must determine how best to win them over.

However, before the king can even contemplate these matters, he finds himself face to face with an ally from the past, one who proves that everything isn’t always what it seems – even life and death.

About the Author:
Michael J. Bowler is an award-winning author of four previous novels––A Boy and His Dragon, A Matter of Time (Reader’s Favorite Silver Medalist), Children of the Knight (Wishing Shelf Book Awards Gold Medalist), and Running Through A Dark Place––who grew up in San Rafael, California. 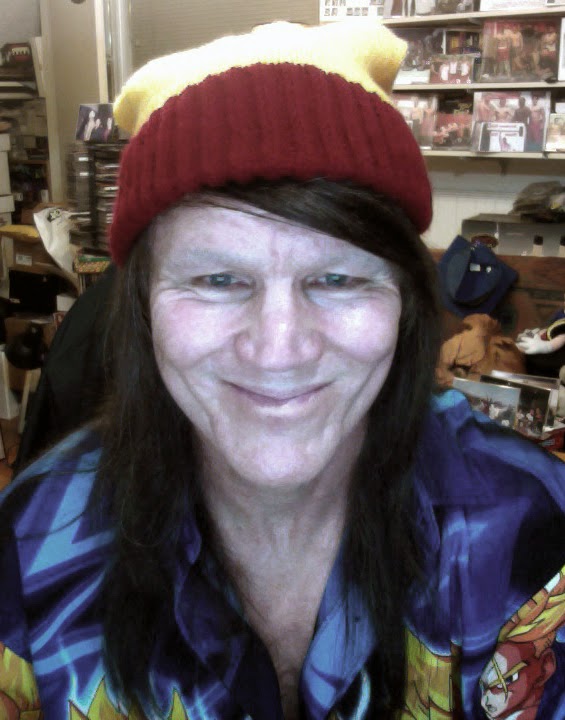 He majored in English and Theatre at Santa Clara University and earned a master’s in film production from Loyola Marymount University, a teaching credential in English from LMU, and another master's in Special Education from Cal State University Dominguez Hills.

He partnered with two friends as producer, writer, and/or director on several ultra-low-budget horror films, including “Fatal Images,” “Club Dead,” and “Things II,” the reviews of which are much more fun than the actual movies.

He taught high school in Hawthorne, California for twenty-five years, both in general education and to students with learning disabilities, in subjects ranging from English and Strength Training to Algebra, Biology, and Yearbook.
He has also been a volunteer Big Brother to seven different boys with the Catholic Big Brothers Big Sisters program and a thirty-year volunteer within the juvenile justice system in Los Angeles. He is a passionate advocate for the fair treatment of children and teens in California, something that is sorely lacking in this state.

And especially for you, an excerpt from Chapter 1:

ONCE upon a time in the City of Angels, a boy fell… and the city fell with him.

The cheers rose into the clear night sky, strong and resonant with youthful energy and exuberance. Atop the white mare Llamrei, viewed from above by the piercing green eyes of the muralled Lance, Arthur’s hands enfolded those of young Chris, and together they gripped the hilt of Excalibur. The fabled blade pointed heavenward, as though beseeching God for a miracle. The cheering subsided, slowly and gradually, as the enormity of this night settled over the hundreds of youth and local citizens. Chris’s long blond hair was matted with sweat, his soft features streaked with drying tears as his blue eyes tilted upward, along Excalibur’s length. Arthur gazed down at the boy and marveled at the resiliency of youth.
Less than twenty minutes prior Chris, and the world, had watched their beloved Lance slip away from them. Arthur’s tunic was stained by the blood of his son, a miraculous gift of a boy who had saved the king’s life at the cost of his own. Arthur suddenly became aware of the silence around him. He lowered Excalibur and gently removed it from the small hands of the little boy before him. Sheathing the sword, he gazed out at the crowd. All eyes focused on him, eyes that were expectant, uncertain, eager and sad. Many stared at the amazing mural Arthur’s knights had created, a mural celebrating the gift to them all that had been his chosen First Knight.
But Arthur knew the road ahead would not be as simple as he’d just laid out for his children. They were lost, and it was his job as the adult to guide and comfort them. But he knew the truth. Without Lance, how far could the crusade continue without collapsing in upon itself? He recognized the vacuum that losing Lance created, a vacuum impossible to fill with anyone else. Still, he had to push onward. These remarkable youth had already come so far, had accomplished so much, had devoted their very lives to his cause. He had to find a path forward.
He turned and glanced over his shoulder at Jenny, the woman who had stolen his heart. She offered a sympathetic smile of support, but it did little to mask her own sorrow. Her soft features were clouded with sadness, and a light breeze wafted her long blonde hair in small wisps across her eyes.
Then Arthur looked at the officials standing on the steps of City Hall. They were eying him with uncertain caution, knowing he had the power over this assembled multitude, and their faces reflected a deep fear that he would use it against them in some fashion.
But Arthur was a man who believed in using might for right, who sought peace and justice over all else. Never would he incite his youth to anarchy, even against so corrupt a mayor as Villagrana, who eyed the king with an expression Arthur couldn’t quite discern. Normally the man’s face showed nothing but contempt. But now it was different, as though what happened to Lance had somehow broken through the prison walls around his heart and released some of its dormant humanity.

Sound like something you'd like? Check it out here:
And don't forget to join the Rafflecopter giveaway to win a $20 giftcard for Amazon!
Labels: Excerpt Fantasy Michael J. Bowler Running Through a Dark Place tour