Tuesday Intros & Teaser Tuesday - 'The Lives of Others' by Neel Mukherjee 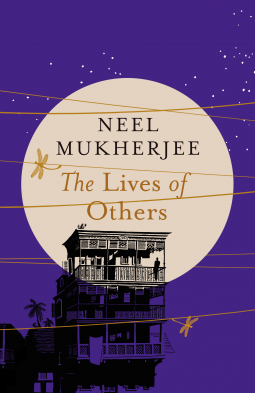 Tuesday means two memes! I'm going back to University today as well, which means I'll be hopping by everyone's posts in the afternoon. I thought my train ticket was for tomorrow but then on Monday I was looking through my calendar and just had a small heart-attack. But thankfully I saw it because otherwise it could've gotten awkward! Amyways, on to the memes! Tuesday Intros is hosted by Diane over at Bibliophile by the Sea and Teaser Tuesdays is hosted by MizB over at Should Be Reading.

Calcutta, 1967. Unnoticed by his family, Supratik has become dangerously involved in extremist political activism. Compelled by an idealistic desire to change his life and the world around him, all he leaves behind before disappearing is this note …

Now, onto the memes!

'A third of the way trough the half-mile walk from the landlord's house to his hut, Nitai Das's feet begin to sway. Or maybe it is the head-spin again. He sits down on the lifeless field he has to cross before he can reach his hut There isn't a thread of shade anywhere. The May sun is an unforgiving fire; it burns his blood dry. It also burns away any longering grain of hope that the monsoons will arrive in time to end third third year of drought. The earth around him is beginning to fissure and crack. His eyelids are heavy. He closes them for a while, then, as sleep begins tot ake him, he pitches forward from his sitting position and jolts awake. Absently, he fingers his great enemy, the soil, not soil any more, but compacted dust. Evene tis memory of water has been erased for ever, as if it has never been.' p.1

I really like the description in this intro. The use of 'fingers' is a bit awkward I think, but that may be a translation thing or on purpose!

'Sitting at work now, it continues to gnaw at him, nothing major or disruptive, nothing painful or upsetting, just a kink that will not go away.' p. 145

I really like this teaser, there's something incredibly relatable to him!


'Six weeks later Charubala discovered her youngest son taking the maidservant, Meera, from behind in the attic prayer room.' p.300

I'm assuming that's not a spoiler. But wowsa, go Charubala and Meera, I guess.

So, those are my teasers. Leave a link in the comments and I'll drop by your posts!
Labels: Memes Neel Mukherjee Teaser Tuesday The Lives of Others Tuesday Intros