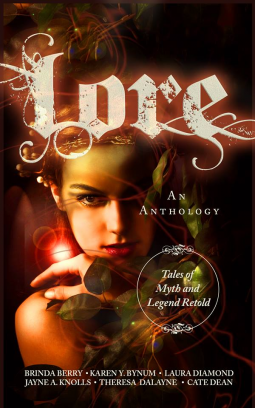 Myth and legends are amongst my favourite reads although I find them very hard to classify. They seem to combine literature and history beautifully. As Galadriel says in the Prologue of The Fellowship of the Ring film: 'history became legend, legend became myth'.


THIS IS AN ANTHOLOGY OF NOVELLAS. A collection of six folklore retellings that will twist your mind and claim your heart. SHIMMER: A heartbroken boy rescues a mermaid... but is it too late to save her? BETWEEN is about a girl, a genie, and a ton of bad decisions. SUNSET MOON: Eloise doesn't believe in Native American magic--until the dreamcatcher spiders spin her down an unknown path. THE MAKER: An incapacitated young man bent on revenge builds a creature to do it for him. A BEAUTIFUL MOURNING: The story of a Maya goddess torn between duty and love, and the ultimate sacrifice she must make to achieve true happiness. THE BARRICADES: When a human girl risks everything to save the life of an Eternal prince, will their feelings for each other change the world they know, or tear it apart?


There is one aspect of this anthology that stands out above all the others and that is its diversity. As the synopsis might already betray, the editors managed to collect six retellings of folklore from all over the world. There is the selkie and fae mythology from Ireland and Northern Europe in Shimmer, Brinda Berry, and The Barricades, Cate Dean, there is Arabian influences mixed with a lesbian romance in Between, Karen Y. Bynum, Native American folklore in Sunset Moon, Laura Diamond, a modern twist on the Yiddish Gole in The Maker, Jayne Knolls, and finally a throwback to Mayan culture in A Beautiful Mourning, Theresa DaLayne. Although it can be argued how successful each adaptation or retelling is, there is no doubt that the editors and authors put some thought into making this anthology reflect as many different cultures as possible. Published in April, this anthology's publication slightly predated the #WeNeedDiverseBooks campaign, but would have served as an amazing example of how different cultures can be combined into one book and how each character, may they be male or female, black or white, is relatable and important.

My favourite story was Cate Dean's The Barricades, which focused itself on one particular moment/night rather than try to make weeks or months pass. This allowed to story to have a sense of immediacy while Dean also managed to create a context and background for the narrative. A close second is Diamond's Sunset Moon, which mixed Native American culture with a very close look at juvenile detention and how a young person's life can completely spiral out of control.  Bynum's Between was a story I wished had more time to develop its narrative by informing the reader of more contextual information. I did find myself engaging with it though, although maybe not directly sympathizing with the characters. Berry's Shimmer played very nicely with the different archetypal mermaid figures that exist while also mixing in a romance story. At times the romance did feel forced though, which was a shame. DaLayne's A Beautiful Mourning was very interesting, mainly because I know next to nothing about Mayan religion and all the characters were therefore new to me. Knolls' The Maker was perhaps my least favourite story because I found it very hard to identify with most of the characters. They seemed to be stuck in their roles and therefore slightly two-dimensional.

Naturally every reader will have their own favourites in an anthology. A potential problem with these "stories" is that they are technically novellas. At times it feels the authors got stuck between writing a short story and a novel in the sense that they never quite knew when to add depth to their stories and when to move quickly. Overall, however, it has to be said each story was enjoyable. I did race through the anthology, each story making me wonder how the author would develop it and bring it to an end. However, none of the novellas really grabbed me in the way some short stories can. An issue may have been that the novellas seemed to be stuck between retelling legends and writing YA romance. Legends in themselves, in my eyes, often relate to larger world problems, to history, to culture etc. and don't restrict themselves to love. Although these novellas pick up on a lot of very interesting themes, each was infused with a lovestory which I at times found forced or unnecessary. Overall, however, it was a very interesting and enjoyable anthology, perfect for the summer.

Anthologies can be a hit and miss, depending on the overall quality of the novellas. Although there were some flaws, each author definitely did what the anthology set out to do: retell myths and legends. Simply for its diverse approach this anthology should be praised, but the effort of the authors to bring potentially archaic story lines and tropes to a younger audience should also be appreciated. I recommend this anthology to fans of YA romance, legends and anthologies.
Labels: Brinda Berry Cate Dean Jayne Knolls Karen Y Bynum Laura Diamond legends LORE mythology netGalley Review Theresa DaLayne