It has been quite a week, quite two weeks actually. Last week was very much marked for me by the response to Meghan Markle's interview and then the tragic death of Sarah Everard in the UK. In both cases I believe you could see how deeply entrenched misogynistic thinking and acting still is in our societies. This week it was followed by the abhorrent atrocity in Atlanta yesterday in which Asian-American women were specifically targeted and murdered. So, as a woman, it has been a lot. The outcry by UK women after Sarah's disappearance was crucial and painful. Now, a similar type of outcry is happening in the US by Asian-American women and it is horrifying but important to witness. While this may not be the happiest of ways to start a weekend, I do think it is important to give these events space here and to show that they do affect the way I read and engage with books. 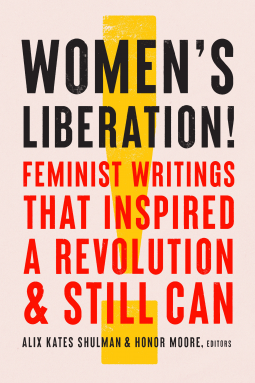 My reading this week has been very guided by this, as I have prioritized Women's Liberation! Feminist Writings that Inspired a Revolution & Still Can, a collection of feminist writings edited by Alix Kates Shulman and Honor Moore.

Two pioneering feminists present a groundbreaking collection recovering a generation's revolutionary insights for todayWhen Betty Friedan published The Feminine Mystique in 1963, the book exploded into women’s consciousness. Before the decade was out, what had begun as a campaign for women’s civil rights transformed into a diverse and revolutionary movement for freedom and social justice that challenged many aspects of everyday life long accepted as fixed: work, birth control and abortion, childcare and housework, gender, class, and race, art and literature, sexuality and identity, rape and domestic violence, sexual harassment, pornography, and more. This was the women’s liberation movement, and writing—powerful, personal, and prophetic—was its beating heart. Fifty years on, in the age of #MeToo and Black Lives Matter, this visionary and radical writing is as relevant and urgently needed as ever, ready to inspire a new generation of feminists. Activists and writers Alix Kates Shulman and Honor Moore have gathered an unprecedented collection of works—many long out-of-print and hard to find—that catalyzed and propelled the women’s liberation movement. Ranging from Friedan’s Feminine Mystique to Backlash, Susan Faludi’s Reagan-era requiem, and framed by Shulman and Moore with an introduction and headnotes that provide historical and personal context, the anthology reveals the crucial role of Black feminists and other women of color in a decades long mass movement that not only brought about fundamental changes in American life—changes too often taken for granted today—but envisioned a thoroughgoing revolution in society and consciousness still to be achieved.

I was raised a feminist and to a certain extent I would say I'm very familiar with what are considered the "foundational texts" of Feminism. And yet I have had to face facts and realize I haven't actually read many of them. Women's Liberation! has been a great resource so far and everything I have read so far has really hit home with me. It was published in February by the Library of America. I will be sharing from Women's Liberation! today for Book Beginnings and Friday 56.

'During the 1960s, '70s, and '80s, feminist activism - richly diverse both in the women involved and in its aims, tone, and strategies - exploded in the United States and around the world, forever changing society by expanding the rights, opportunities, and identities available to women. And at the center of everything that the women's liberation movement achieved was the writing that both forget and propelled it, writing that continues to inspire, challenge, educate, and even offend.'  p.xix 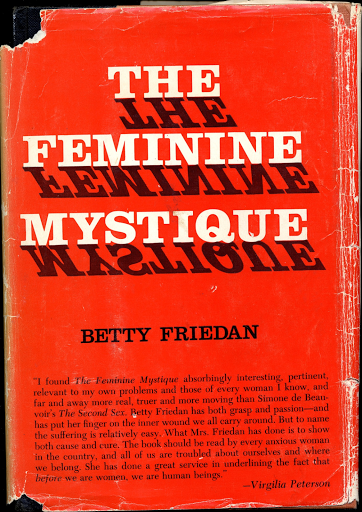 Betty Friedan, from The Feminine Mystique, 'The Problem That Has No Name'

'The problem lay buried, unspoken, for many years in the minds of American women. It was a strange stirring, a sense of dissatisfaction, a  yearning that women suffered in the middle of the twentieth century in the United States. Each suburban wife struggled with it alone. As she made the beds, shopped for groceries, matched slipcover material, ate peanut butter sandwiches with her children, chauffeured Cub Scouts and Brownies, lay beside her husband at night - she was afraid to ask even of herself the silent question - "Is this all?"' p.5

I wanted to share both the introduction and the opening of the first piece, the opening chapter of Friedan's The Feminine Mystique which was a majorly influential book. Friedan was (rightly) criticized for focusing so strongly on white middle-class women, but there is still something undeniable in the problem she describes. It was also incredibly powerful to read how active the cultural movement was after WWII to get women back into the house, to get them married ASAP, and to have them pop out babies. It's honestly a bit scary.

Anne Koedt, from Notes from the First Year, 'The Myth of the Vaginal Orgasm'

'It is important to emphasize that Freud did not base his theory upon a study of woman's anatomy, but rather upon his assumptions of woman as an inferior appendage to man, and her consequent social and psychological role. In their attempts to deal with the ensuing problem of mass frigidity, Freudians embarked on elaborate mental gymnastics.' p.56

If I could undo one person's impact on the world, Freud would definitely be on the list. While his approach, talk-therapy, is still widely, predominantly, used, the influence of his ideas has largely faded from psychology. In popular culture, however, his ideas still roam freely, to the great detriment of all of us. I remember having to call my dad after reading into Freud for my MA Dissertation, just to re-affirm for myself men don't look at women as something lesser, neurotic, empty, and dangerous. 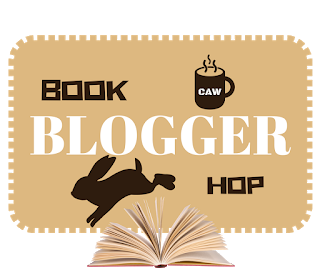 Today's question was submitted by Bonnie from Bonnie Reads and Writes:

What books have you read/reviewed that you think are hidden gems, although they haven't found a big audience so far?

I love this question! Admittedly I'm not always on top of what is currently generally beloved, I did a bit of a deep-dive into my reviews of the past few years and here are some that I loved and wished more people would read and love:

Empress of All Seasons by Emiko Jean

In a palace of illusions, nothing is what it seems. 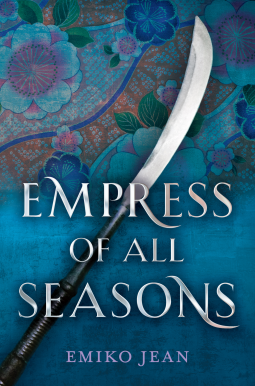 Each generation, a competition is held to find the next empress of Honoku. The rules are simple. Survive the palace’s enchanted seasonal rooms. Conquer Winter, Spring, Summer, and Fall. Marry the prince. All are eligible to compete—all except yōkai, supernatural monsters and spirits whom the human emperor is determined to enslave and destroy. Mari has spent a lifetime training to become empress. Winning should be easy. And it would be, if she weren't hiding a dangerous secret. Mari is a yōkai with the ability to transform into a terrifying monster. If discovered, her life will be forfeit.  As she struggles to keep her true identity hidden, Mari’s fate collides with that of Taro, the prince who has no desire to inherit the imperial throne, and Akira, a half-human, half-yōkai outcast. Torn between duty and love, loyalty and betrayal, vengeance and forgiveness, the choices of Mari, Taro, and Akira will decide the fate of Honoku in this beautifully written, edge-of-your-seat YA fantasy.

I adored this book and its world and concept are still engraved into my mind. Whether it was action scenes, world-building or character development, Emiko Jean nailed all of it!

A brilliant and daring novel that reimagines Ovid’s Metamorphoses 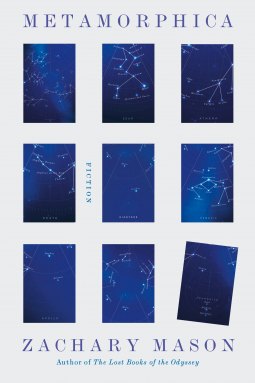 In the tradition of his bestselling debut novel The Lost Books of the Odyssey, Zachary Mason’s Metamorphica transforms Ovid’s epic poem of endless transformation. It reimagines the stories of Narcissus, Pygmalion and Galatea, Midas and Atalanta, and strings them together like the stars in constellations—even Ovid becomes a story. It’s as though the ancient mythologies had been rewritten by Borges or Calvino; Metamorphica is an archipelago in which to linger for a while; it reflects a little light from the morning of the world.

This collection of short stories is stunning. I keep rereading this book and every time it hits me differently. For once, the comparison to Calvino is not wildly misplaced. Considering the recent resurgence, thanks Madeline Miller, in interest in Greek mythology, Metamorphica should have a much bigger audience.

She comes in the night. She looks into your eyes. One by one, she has taken us all. 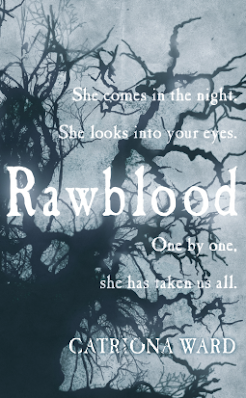 In 1910, eleven-year-old Iris Villarca lives with her father at Rawblood, a lonely house on Dartmoor. Iris and her father are the last of their name. The Villarcas always die young, bloodily. Iris believes it's because of a congenital disease which means she must isolate herself from the world. But one sunlit autumn day, beside her mother's grave, she forces the truth from her father: the disease is biologically impossible. A lie, to cover a darker secret.

The Villarcas are haunted, through the generations, by her. She is white, skeletal, covered with scars. When a Villarca marries, when they love, when they have a child - she comes and death follows. When Iris is fifteen, she breaks her promise to remain alone all her life, and the consequences are immediate and horrific.

This book tore my heart out and I'm not even exaggerating (that much). Gothic and horrifying, Rawblood is also deeply touching and beautiful. Now that The Last House on Needless Street is getting so much attention (I will be reading it soon!), I hope more people have an encounter with Rawblood.

I think I'll limit myself to these three, but what ignored gems to you have to recommend to me?