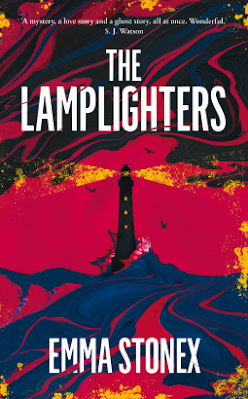 Sometimes you see a book cover that just halts you in your tracks, no? The Lamplighters was one of those covers for me. I'm finally getting around to this book, which came out in early March. I've read a lot of positive things about it, so I can't wait to get stuck in!

Cornwall, 1972. Three keepers vanish from a remote lighthouse, miles from the shore. The entrance door is locked from the inside. The clocks have stopped. The Principal Keeper’s weather log describes a mighty storm, but the skies have been clear all week.What happened to those three men, out on the tower? The heavy sea whispers their names. The tide shifts beneath the swell, drowning ghosts. Can their secrets ever be recovered from the waves?Twenty years later, the women they left behind are still struggling to move on. Helen, Jenny and Michelle should have been united by the tragedy, but instead it drove them apart. And then a writer approaches them. He wants to give them a chance to tell their side of the story. But only in confronting their darkest fears can the truth begin to surface . . .Inspired by real events, The Lamplighters by Emma Stonex is an intoxicating and suspenseful mystery, an unforgettable story of love and grief that explores the way our fears blur the line between the real and the imagined.

When Jory opens the curtains, the day is light and grey, the radio playing a half-known song. He listens to the news, about a girl who's gone missing from a bus stop up north, and drinks from a mug of brown tea. Poor Mother's beside herself - well, she would be. Short hair, short skit, big eyes, that's how he pictures the girl, shivering in the cold, and an empty bus stop where someone should have stood, waving or drowning, and the bus pulls up and away, never the wiser, and the pavement shines on in the black rain.' 1%

I don't know what it is about my recent reads but there is a consistent theme here. 'RELIEF' may be the chapter title, but I'm not sure who is going to get any any time soon! How this links to the lamplighters I'm not entirely sure, but I sure am excited to find out!

'When I'm ashore I have to pretend to be a man I'm not, part of something I'm not part of. It's difficult to explain it to normal people. They wouldn't have an interested in the endless quiet stillness of the morning watch, or in how the cooking of a good braise can occupy one's thoughts all day and the day after. Lighthouse worlds are small. Slow. That's what other people can't do: they can't do things slowly and with meaning.' 56%

I haven't started this book yet so I'm not quite sure what's going on but I adore this paragraph. I think during lockdown we've all had to learn to take things slowly, do small things with purpose and get as much joy and meaning out of them.

What creative places do you keep your books other than bookshelves? 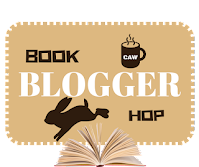 I got the wrong question there for a hot sec but we're back on track! I mostly keep them in my bookshelves but there are also the times when they pile up on my desk cause I'm using them in essays or blog posts. And then there are some on my night stand. I have some siting on my windowsill although I try to rotate those out because of light! I have some downstairs as well in the living room in case I need a quick fix! There are also currently some stowed away at my dad's in a corridor closet until I can go to the UK and pick them up, perhaps that counts as well? So while not highly creative it is fair to say I'm constantly surrounded by books.

So what about you guys? Where do you keep your books? And what do you think of The Lamplighters?