Stacking the Shelves & It's Monday! What are You Reading?

I'm currently on my way back to University from London and, quite surprisingly, can't wait to get started on my essays and my reading. I quite like the routine and inspiration that working on something like university essays which inspire you. But Mondays are reserved for It's Monday! What are you reading?, hosted by Sheila over at Book Journey, and Stacking the Shelves, hosted by Tynga's Reviews. Hop over there to join in on the meme fun!

Grim by Ellen Hopkins, Julie Kagawa, Claudia Gray and others (my review here)

Inspired by classic fairy tales, but with a dark and sinister twist,Grim contains short stories from some of the best voices in young adult literature today:


The extraordinary journey of one unforgettable character - a story of friendship and betrayal, loyalty and redemption, love and loneliness and the inevitable march of time.

I'm endeavoring to finish The Wish by D.S. Affleck


If you could have your very own wish, what would it be? Fame, fortune, or magical powers? Everyone dreams, but for Jamie Lomax this might just be a reality. By chance he discovers a magical orb which legend states has the power to grant him anything he so desires. But there's a catch. He has to earn the wish by helping five people, and he doesn't know who or when this might be.

Before he has a chance to explore this amazing opportunity, he meets with the true owner of the orb - an ancient warrior powerful beyond belief - whose appearance proves that the legend is true. However, if Jamie wants to see his wish granted, he will have only thirty days to fulfil the prophecy. And if he fails? He forfeits his soul...

Sophie has the great misfortune of being the eldest of three daughters, destined to fail miserably should she ever leave home to seek her fate. But when she unwittingly attracts the ire of the Witch of the Waste, Sophie finds herself under a horrid spell that transforms her into an old lady. Her only chance at breaking it lies in the ever-moving castle in the hills: the Wizard Howl's castle. To untangle the enchantment, Sophie must handle the heartless Howl, strike a bargain with a fire demon, and meet the Witch of the Waste head-on. Along the way, she discovers that there's far more to Howl—and herself—than first meets the eye.


The week after, who knows! So, how about you? What are you reading?

The other Monday meme: Stacking the Shelves, hosted by Tynga's Reviews.

Fool's Assassin by Robin Hobb, one of the Fantasy Author Gods

FitzChivalry—royal bastard and former king’s assassin—has left his life of intrigue behind. As far as the rest of the world knows, FitzChivalry Farseer is dead and buried. Masquerading as Tom Badgerlock, Fitz is now married to his childhood sweetheart, Molly, and leading the quiet life of a country squire.Though Fitz is haunted by the disappearance of the Fool, who did so much to shape Fitz into the man he has become, such private hurts are put aside in the business of daily life, at least until the appearance of menacing, pale-skinned strangers casts a sinister shadow over Fitz’s past . . . and his future.Now, to protect his new life, the former assassin must once again take up his old one. . .

The Tree With No Name by Drago Jancar.


A diary recounting four decades' worth of sexual exploits, the memoir of a mental institution attendant, and a familiar-looking bicycle dredged out of a river -- the discovery of these artifacts sends an archivist on an obsessive quest to discover their owners' identities and fates. Shifting between Slovenia's postcommunist present and its wartime occupation by the Axis,The Tree with No Name might well be Drago Jancar's masterpiece: a compelling and universally significant story of an individual confronting the constraints on truth set by his -- and every -- culture. 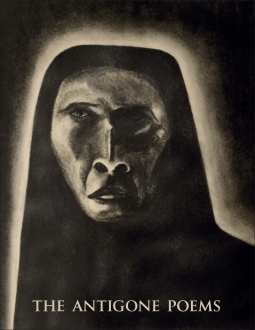 Passionate, brutal, and infused with extraordinary lyricism, The Antigone Poems provides a special expedition into the depths of the ancient Sophocles tragedy. The work’s obsessive, ritualistic and ultimately mysterious force brings into sharp focus the heroic, tragic figure at the center of the primordial compact between gods and humans. The work, a collaboration between poet, Marie Slaight and artist, Terrence Tasker, was created in the 1970’s, while the artist were living in Montreal and Toronto. 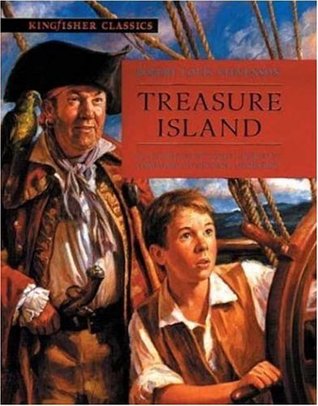 The most popular pirate story ever written in English, featuring one of literature’s most beloved “bad guys,” Treasure Island has been happily devoured by several generations of boys—and girls—and grownups. Its unforgettable characters include: young Jim Hawkins, who finds himself owner of a map to Treasure Island, where the fabled pirate booty is buried; honest Captain Smollett, heroic Dr. Livesey, and the good-hearted but obtuse Squire Trelawney, who help Jim on his quest for the treasure; the frightening Blind Pew, double-dealing Israel Hands, and seemingly mad Ben Gunn, buccaneers of varying shades of menace; and, of course, garrulous, affable, ambiguous Long John Silver, who is one moment a friendly, laughing, one-legged sea-cook . . .and the next a dangerous pirate leader!

The unexpected and complex relationship that develops between Silver and Jim helps transform what seems at first to be a simple, rip-roaring adventure story into a deeply moving study of a boy’s growth into manhood, as he learns hard lessons about friendship, loyalty, courage and honor—and the uncertain meaning of good and evil.

I can't find this one on Goodreads because it's a book Zafon wrote just for the German market, I believe. It's for the World Book Day and a 'thank you' to Zafon's German readers. It deals with the creation of the Cemetary of Forgotten Books and with the author of Don Quixote, Miguel de Cervantes.

So, how about you? What books did you get your hands on this week?
Labels: Der Fürst des Parnass Fool's Assassin Grim Howl's Moving Castle Memes The Antigone Poems The First Fifteen Lives of Harry August The Tree With No Name The Wish