Friday Friyay: 'Saga Land: The Island of Stories at the Edge of the World' by Richard Fidler & Kári Gíslason 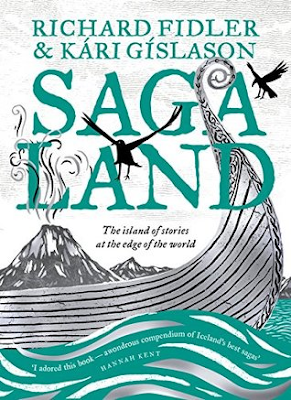 Happy Friday! I'm back from my conference in Leeds with only a mild cold. I took about five-thousand tests but they were all negative, so I think this cold is due to sitting in a coach for 5 hours with the AC on full blast. But I'm recovering and being careful while I do so. One thing I have to keep me company while I recover is Saga Land by Richard Fidler & Kári Gíslason.

A new friendship. An unforgettable journey. A beautiful and bloody history.This is Iceland as you've never read it before ...

Broadcaster Richard Fidler and author Kári Gíslason are good friends. They share a deep attachment to the sagas of Iceland - the true stories of the first Viking families who settled on that remote island in the Middle Ages.These are tales of blood feuds, of dangerous women, and people who are compelled to kill the ones they love the most. The sagas are among the greatest stories ever written, but the identity of their authors is largely unknown.

Together, Richard and Kári travel across Iceland, to the places where the sagas unfolded a thousand years ago. They cross fields, streams and fjords to immerse themselves in the folklore of this fiercely beautiful island. And there is another mission: to resolve a longstanding family mystery - a gift from Kari's Icelandic father that might connect him to the greatest of the saga authors.

My friend Kári is a Viking. When he said he was going to Iceland, I told him I was coming with him.' 3

The Ghosts of Reykjavík

Their characters are more like the ghosts of Reykjavík, people who are complex and often mistaken, often very broken. The true heroism of the sagas doesn't lie in certainty or even bravery, but in how they try to understand humankind, and our regrets.' 56

I must admit I haven't read as many sagas yet as I would like, but I do like this observation by Kári because it ties back to what I said above about the sagas being defined by the relationships their characters have. I can't wait to dig deeper into this book! 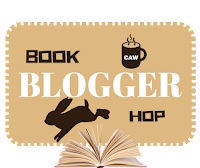 Do you listen to audiobooks? If so, do you prefer listening instead of reading?

The answer is currently yes! I wasn't a big fan of audiobooks until the pandemic first hit and I realised I was a little too on edge to fully focus on the books I was reading. The audiobooks helped me focus more, while also giving me a taste of the social contact I was missing. And on top of that, it brought up fond memories of my dad reading to me when I was young, so it became a very comforting experience. In the early days I therefore mainly listened to old favourites like The Lord of the Rings or the Jane Austen books.

So since 2020 I've been a big fan, although I must say that my preference is still reading myself. There are certain books, especially the big Classics,  however, which suit themselves very well to the audio-format for me. I "read" The Magic Mountain by Thomas Mann this way and am currently going through The Brothers Karamazov by Dostoevsky. The books are enormous, but they have amazing narrators who really bring them to live, find the humour and the humanity, and really elevate the experience. Both books also tend to get quite philosophical and I don't know if I could have pushed myself through that when reading them on my own.

So while my preference is still for reading I've come to appreciate how good audiobooks allow me to read more widely. I do have to make sure I'm doing something alongside the audiobook though, like playing a game on my phone or going for a walk, so that the part of my brain that wants to stray is occupied and can let me listen.

So that's it for me! Do you like the sound of Saga Land? And are you into audiobooks?