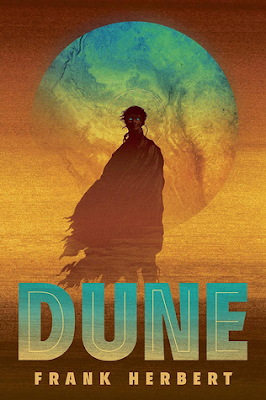 Ok, I think I'm all good on sharing my news from last week now! I got a PhD position in Germany!!! Which means not only do I get to actually do a PhD and keep researching and writing about things I love, I also get to live in the country I was born as an adult and get to know it in a whole new way. I'm honestly so excited and hopefully I'll be able to share some of my research here over the next three years as well! Speaking of great moves and grand plans, I've returned to reading Dune by Frank Herbert!

Set on the desert planet Arrakis, Dune is the story of the boy Paul Atreides, heir to a noble family tasked with ruling an inhospitable world where the only thing of value is the “spice” melange, a drug capable of extending life and enhancing consciousness. Coveted across the known universe, melange is a prize worth killing for...

When House Atreides is betrayed, the destruction of Paul’s family will set the boy on a journey toward a destiny greater than he could ever have imagined. And as he evolves into the mysterious man known as Muad’Dib, he will bring to fruition humankind’s most ancient and unattainable dream.

'In the week before their departure to Arrakis, when all the final scurrying about had reached a nearly unbearable frenzy, an old crone came to visit the mother of the boy, Paul.' 1%

I absolutely loved this scene in the film, the specific 10 seconds or so that lead into the arrival of this "old crone". It was actually why I wanted to read the book, so imagine my surprise when the novel starts with it straightaway!

'Glowglobes came alight farther into the cave. She saw people moving there, Paul among them already dressed and with his hood thrown back to reveal the aquiline Atreides profile.' 56%

I'm not quite here yet, but I feel this short quote sums up much about Paul. Amongst the people and always mysteriously at ease, yet also set apart by his Atreides "profile" and his destiny. Can't wait to hit this point and see what's going on.

If you are listening to an audiobook, do you follow along with the print version? 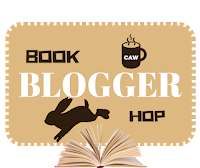 Oh no, I'd lose my focus straightaway if I was also reading it. With books I know intimately, like Pride & Prejudice, I can follow along on some passages, but usually I try to see the audiobook as its own separate thing from the book. It is an interpretation of the book, in the way that a film adaptation is, and therefore, for me at least, needs to make sense to me on its own.

That's it for me this week! What are you reading?