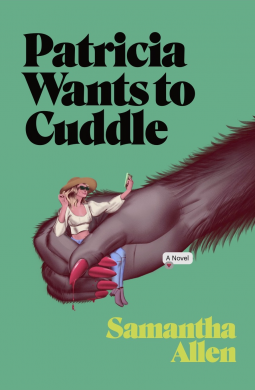 Happy July! It's Friday and I'm on my way to the UK for the International Medieval Congress 2022 in Leeds. Going there and presenting a paper there has been on my wish list for years so this is all very exciting! It does mean the blog will be quiet for another week, as I'll be busy attending papers and doing all other kinds of exciting things, but then I'll be back and I've got some great reviews and posts planned. Today I'm sharing from a book I hope to get started on the Eurostar today: Patricia Wants To Coddle by Samantha Allen!

The contestants of a reality television dating show compete for love— and their lives— in this pulse-pounding and viciously funny fiction debut from the GLAAD Award-winning author of Real Queer America.

When the final four women in competition for an aloof, if somewhat sleazy, bachelor’s heart arrive on a mysterious island in the Pacific Northwest, they mentally prepare themselves for another week of extreme sleep deprivation, invasive interviews, and of course, the salacious drama that viewers nationwide tune in to eagerly devour. Each woman came on “The Catch” for her own reasons— brand sponsorships, followers, and yes, even love— and they’ve all got their eyes steadfastly trained on their respective prizes.

Enter Patricia, a temperamental, but woefully misunderstood local, living alone in the dark, verdant woods and desperate to forge a connection of her own. As the contestants perform for the cameras that surround them, Patricia watches from her place in the shadows, a queer specter haunting the bombastic display of heterosexuality before her. But when the cast and crew at last make her acquaintance atop the island’s tallest and most desolate peak, they soon realize that if they’re to have any hope of making it to the next Elimination Event, they’ll first have to survive the night.

A whirlwind romp careening toward a last-girl-standing conclusion and a scathing indictment of contemporary American media culture, Patricia Wants to Cuddle is also a love story: between star-crossed lesbians who rise above their intolerant town, a deeply ambivalent woman and her budding self-actualization, and a chosen family of misfit islanders forging community against all odds.

Margaret Davies scrubs and scrubs but she knows she'll just have to refinish the deck.

At least the spot where she found the dead sheep this morning.' 1%

Was not expecting that second sentence! I wonder if Margaret is one of the contestants and, if yes, why there are dead sheep on a ship's deck and why she is the one to have to deal with them. I really can't

'Now that she is done recording, Amanda can finally sneeze. The rosewater mist always makes her sneeze. But at last she can relax. There are no producers anymore, no cameras clanging around, just a light wind batting against the canvas and the gentle sound of coursing water coming from the white noise machine.' 56%

This is quite a long quote but I loved the way it went from these short, determined sentences to a longer, quiet contemplation that seemed to fit the content really well. Maybe Amanda is another one of the contestants, in which case I can fully imagine she needs some peace and quiet!

This week's question was suggested by Cheryl from I Heart Fictional People:

What is your favourite movie adapted from a book? 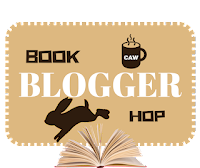 Ooooh where to begin? I really thought about whether I have a favourite and I think if I'm completely honest it has to be the 2005 Pride & Prejudice. It first introduced me to Jane Austen (I completely forgot about watching the film while reading allll her books) and it re-ignited my love for Keira Knightley. But it also showed me the subtle ways in which an adaptation can highlight new aspects of a familair text. So that is probably the favourite, but below are some more adaptations I love as well!

There are not in order, but now I do feel the need for a movie night... Can't wait to see what everyone else suggests so I can grow this list.
Labels: Book Beginnings Book Blogger Hop David Copperfield Film Adaptation Friday 56 Friday Friyay Patricia Wants to Cuddle Pride and Prejudice Samantha Allen The Green Knight The Lord of the Rings