What a week! On Tuesday I got back from Germany and it all went off without a hitch. It was lovely to see my mum, step-dad and granddad again and to read happily suspended in her hammock! Then on Thursday I had to take my cat Toothless for his vaccination and to get a new chip for him. Turns out he's a little too heavy so now my baby is on a diet. He's very unhappy about not getting his snacks but he will quite simply have to deal. I'm also trying to get into a work rhythm again since I'm helping a lecturer of mine with her research, while getting as much reading time as possible. One of the books I'm starting this weekend is Mexican Gothic by Silvia Moreno-Garcia which I've been dying to read for ages. 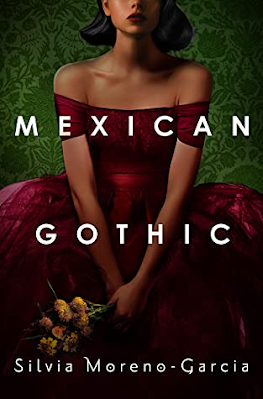 When glamorous socialite Noemí Taboada receives a frantic letter from her newly-wed cousin begging to be rescued from a mysterious doom, it's clear something is desperately amiss. Catalina has always had a flair for the dramatic, but her claims that her husband is poisoning her and her visions of restless ghosts seem remarkable, even for her.
Noemí's chic gowns and perfect lipstick are more suited to cocktail parties than amateur sleuthing, but she immediately heads to High Place, a remote mansion in the Mexican countryside, determined to discover what is so affecting her cousin.

Tough and smart, she possesses an indomitable will, and she is not afraid: not of her cousin's new husband, who is both menacing and alluring; not of his father, the ancient patriarch who seems to be fascinated by Noemí; and not of the house itself, which begins to invade Noemi's dreams with visions of blood and doom.

Her only ally in this inhospitable abode is the family's youngest son. Shy and gentle, he seems to want to help, but might also be hiding dark knowledge of his family's past. For there are many secrets behind the walls of High Place. The family's once colossal wealth and faded mining empire kept them from prying eyes, but as Noemí digs deeper she unearths stories of violence and madness.

And Noemí, mesmerized by the terrifying yet seductive world of High Place, may soon find it impossible to leave this enigmatic house behind . . .

'The party at the Tuñóns' house always ended unquestionably late, and since the hosts enjoyed costume parties in particular, it was not unusual to see Chinas Poblanas with their folkloric skirts and ribbons in their hair arrive in the company of a harlequin or a cowboy.' p.3

While it is not a super-thrilling or surprising opening, I like that we're getting an insight into the vibrancy and potential fun this book has to offer. While I'm not someone who dresses up loads, this does sound like the kind of parties I'd love to witness!

'Suddenly, Noemí was aware of a presence in the room. She raised her head, her hand pressed ahainst her nightgown, and saw someone standing by the door.' p.56

I really, really had to stop myself from continuing to read because this page is thriiillliiinngggg! I'm so curious I might just start already.

This week's question was submitted by Julie over at JadeSky/Stepping Stones Book Reviews:

Have you ever done the Classics Club Challenge? If not, would you want to? 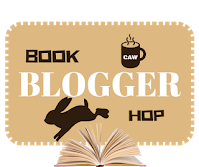 What a brilliant question, to which I can solidly answer yes. One of the main tabs in this blog's menu is my 100 Classics page, which is the list of Classics I want to read. I laboured over that list for a while and I still have to read most of these, but hey, it's a goal!

This question also reminded me to update that page which I hadn't in a while and I'm glad to say I was able to knock some of the list. If you also have a Classics list or have suggestions for mine, do let me know since I'm looking for some inspiration to make some changes to my Challenge.

So that's me for this week! What are you reading? And are you taking part in the Classics Club Challenge?