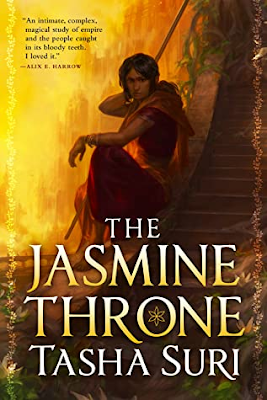 It's Friday and I'm about to head to the station to grab a train to see my mother for the first time since last September! Can't wait, even though the traveling still fills me with a little bit of COVID-dread. I also had a rough week with two dentist visits which were highly necessary but still fill me with horror. It's the sounds, and the knowing someone will be staring into your mouth and judging your life-choices. But I survived! So we're good and I can now fill my train journey with my next read: The Jasmine Throne by Tasha Suri!

Author of Empire of Sand and Realm of Ash Tasha Suri's The Jasmine Throne, beginning a new trilogy set in a world inspired by the history and epics of India, in which a captive princess and a maidservant in possession of forbidden magic become unlikely allies on a dark journey to save their empire from the princess's traitor brother.

Imprisoned by her dictator brother, Malini spends her days in isolation in the Hirana: an ancient temple that was once the source of the powerful, magical deathless waters — but is now little more than a decaying ruin.

Priya is a maidservant, one among several who make the treacherous journey to the top of the Hirana every night to clean Malini’s chambers. She is happy to be an anonymous drudge, so long as it keeps anyone from guessing the dangerous secret she hides.

But when Malini accidentally bears witness to Priya’s true nature, their destinies become irrevocably tangled. One is a vengeful princess seeking to depose her brother from his throne. The other is a priestess seeking to find her family. Together, they will change the fate of an empire.

'Prologue
In the court of the imperial mahal, the pyre was being built.' p.1

Chapter 1
'Someone important must have been killed in the night.' p.5

Ok, I cheated a little by giving you two quotes here, but I just loved both of these opening sentences! You immediately know something is going down, something is up, something may be a little wrong. I can't wait to start reading this book tomorrow if we're starting off with funeral pyres and murder!

Love the tone of this excerpt. The Jasmine Throne is over 500 pages long, so this isn't far into the story at all but you can already tell there is some tension going on. I don't know if I can wait till I'm on the train...

This week's question was suggested by Julie at Jade Sky/Stepping Stones Book Reviews:

What is your least favourite type of character to read about?

I actually don't know if I have a least favourite type of character... Usually there are characters I dislike, but that is because the author wants me to, or because, sorry to say it, they aren't well-written. Sometimes I character has so much potential and yet it all goes to waste. 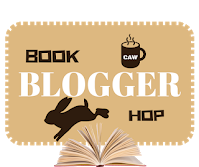 As I was thinking about this question I came to wondering whether I avoid specific genres because I don't like the characters they're traditionally peopled with. I avoided Romance and YA fiction for a long time because I thought it was filled with young girls waiting to fall in love and that was it. But I was wrong, those genres are actually amazing. So I think from that experience I learnt to not judge in advance and stay open to every type of character and story.

So that's me for this week! Any fun weekend plans and characters you plan to avoid?