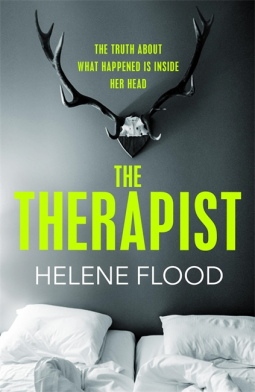 I'm putting the final touches to my essay today, it was written in a righteous blaze over the last two days! Is it good? Who knows! Is it almost done? Yes! Is that all that matters right now? Definitely! It's also been super warm this week so I've been trying to snatch moments in the sun in between reading and writing and transcribing. We also have a little get together this Sunday to find ourselves a new housemate, which should be good fun! But today I wanted to share some excerpts with you from a highly anticipated release, The Therapist! The e-book is already out and the hardback is coming in July from MacLehose Press! You can pre-order it here!

At first it's the lie that hurts.

A voicemail from her husband tells Sara he's arrived at the holiday cabin. Then a call from his friend confirms he never did.She tries to carry on as normal, teasing out her clients' deepest fears, but as the hours stretch out, her own begin to surface. And when the police finally take an interest, they want to know why Sara deleted that voicemail.To get to the root of Sigurd's disappearance, Sara must question everything she knows about her relationship.Could the truth about what happened be inside her head?

The quotes below are from the ARC and may appear differently in the finished book! Book Beginnings is at home on Rose City Reader, hosted by Gilion Dumas, and Friday 56 at Freda's Voice, hosted by Freda. I'll also be joining the Book Blog Hop, hosted by Charlie over at Ramblings of a Coffee Addicted Writer.

It was dark outside when he left. I woke as he leaned over me and kissed me on the forehead.' 1%

The Therapist starts of calmly, a Friday that starts like any other. But from there it all slowly unravels and I was absolutely gripped.

'Sigurd's telephone was found lying in the garden. His document tube has turned up. Someone is walking around in my house.' 56%

By the time I got to this point in the novel the tension had ramped up so much that everything seemed suspicious. But since we spend all our time with Sara, the ramping up happens in her mind. She is definitely on the verge of losing it here! 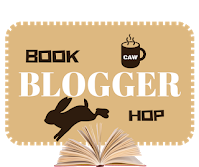 Where do you get book images for your posts?

Ooh that's a great question! Since I mostly post reviews from books off NetGalley I tend to get my cover photos from there. If I'm featuring an "independent read" I get it off Goodreads. Occasionally I've featured photos from my own Instagram/my own editions, but that's quite rare to be honest.