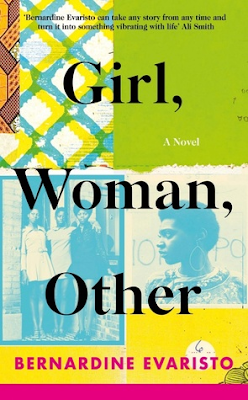 I've had quite a productive week, both academically and blogging-wise! I've listed my reviews below, most of them are super delayed but others I have only just finished reading. I'm also getting a haircut today, yaay, and got some really positive feedback and encouragement in regards to my research ambitions, so that was a real highlight!
Today I'm featuring a book I have been meaning to read for so long but my mother has given my the final push by sending me a copy. So this weekend is dedicated to Girl, Woman, Other by Bernadine Evaristo.

Girl, Woman, Other follows the lives and struggles of twelve very different characters. Mostly women, black and British, they tell the stories of their families, friends and lovers, across the country and through the years.

Joyfully polyphonic and vibrantly contemporary, this is a gloriously new kind of history, a novel of our times: celebratory, ever-dynamic and utterly irresistible.

'Amma
is walking along the promenade of the waterway that bisects her city, a few early morning barges cruise slowly by
to her left is the nautical-themed footbridge with its deck-like walkway and sailing mast pylons
to her right is the bend in the river as it heads east past Waterloo Bridge towards the dome of St Paul's'
p.1

I love the slow ebb and flow of this opening section with no punctuation and sentences that break off and begin away. It's almost poetic while being solid prose. It really draws you in, even if it is a simple description of morning in London.

'Yazz was drawn to Waris on the second day of Fresher Week at the welcome party in the sports hall where they both skulked on the periphery; Yazz gravitated towards Waris's resting bitch face, as she later told her, which Waris took in good humour, asking Yazz if she'd looked in the mirror recently.' p.56

Aah Fresher's Week, the first week at uni where you desperately try and make as many friends as possible without getting sucked into too many societies and spend every morning hungover. Evaristo has literally brought me right back there.

This week's question was submitted by Julie at Stepping Stones Book Reviews: 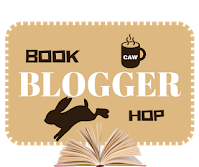 Great question! As a teenager it seemed ideal to have two hot boys in love with you and to be at the centre of so much drama. Now that I'm nearing the end of my twenties, however, nothing seems worse. In general I am not a big fan of love triangles but it really depends! One example, perhaps the only example, where I am absolutely a fan of it is in The Hunger Games trilogy by Suzanne Collins. Katniss has the interest of both Peeta and Gale, but Collins writes on a different level that much other dystopian fiction that has followed. The way I read the "love triangle" there is that it is not about the girl, it's not about the boy, it is about realizing you have to choose how you want to spend your life, what you want to focus on and where you lay your head down. For Katniss, who spends the majority of those three books traumatized and running, the choice she makes is one between anger and calm, not between two boys. So in that case.... I guess I like it? But in general nothing will turn me off a book quicker than two forced love interests.