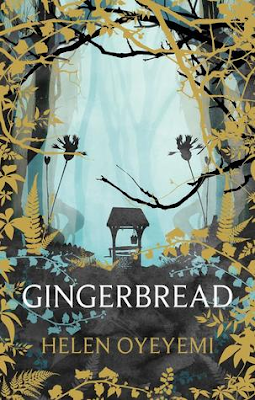 I'm officially done with most of my big deadlines! I have two left but I think they'll be manageable! And then next week I'm also getting my first vaccine shot! I'm honestly so excited to get rid of at least some of the anxiety surrounding going outside these days. Things are opening up here as well in the Netherlands and I want to be able to enjoy them without worrying what I might be picking up. I'm also still in the process of crafting my Summer Reading List, since this is the first time in years I've actually had one of those full-in, 2-month-long summer holidays and I want to make the most out of it. I'm featuring one of the books I want to read today, Gingerbread by Helen Oyeyemi.

Influenced by the mysterious place gingerbread holds in classic children's stories—equal parts wholesome and uncanny, from the tantalizing witch's house in "Hansel and Gretel" to the man-shaped confection who one day decides to run as fast as he can—beloved novelist Helen Oyeyemi invites readers into a delightful tale of a surprising family legacy, in which the inheritance is a recipe.

Perdita Lee may appear to be your average British schoolgirl; Harriet Lee may seem just a working mother trying to penetrate the school social hierarchy; but there are signs that they might not be as normal as they think they are. For one thing, they share a gold-painted, seventh-floor walk-up apartment with some surprisingly verbal vegetation. And then there's the gingerbread they make. Londoners may find themselves able to take or leave it, but it's very popular in Druhástrana, the far-away (and, according to Wikipedia, non-existent) land of Harriet Lee's early youth. In fact, the world's truest lover of the Lee family gingerbread is Harriet's charismatic childhood friend, Gretel Kercheval—a figure who seems to have had a hand in everything (good or bad) that has happened to Harriet since they met.

Decades later, when teenaged Perdita sets out to find her mother's long-lost friend, it prompts a new telling of Harriet's story. As the book follows the Lees through encounters with jealousy, ambition, family grudges, work, wealth, and real estate, gingerbread seems to be the one thing that reliably holds a constant value. Endlessly surprising and satisfying, written with Helen Oyeyemi's inimitable style and imagination, it is a true feast for the reader.

'Harriet Lee's gingerbread is not comfort food. There's no nostalgia baked into it, no hearkening back to innocent indulgences and jolly times at nursery. It is not humble, nor is it dusty in the crumb.' p.1

I love the directness of the opening. Every though we're entering fairy tale-territory we're definitely not setting out on a normal journey.

'The girl never fell for that. She walked faster. She'd seen some plant-vertebrae combinations in the clearings, glassy gazing dormice and owls that earth had risen up around; the ground was growing them and they looked uncomfortable, as if they'd been stretched and stuffed with straw.' p.56

I love the eeriness of this, the feel that something isn't right. Oyeyemi is a great writer but this will be my first time reading one of her books. I think I'm in for quite a journey! I also love the first two sentences, that's a smart girl!

This week's question was submitted by Julie at Stepping Stones Book Reviews:

How long have you stayed up to read a book? 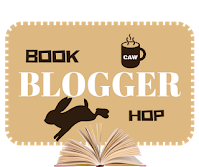 Brilliant question and I can't wait to see what everyone says! I have a few memories that reallyyy stand out. I read The Girl in the Tower, the second installment of the Winternight series by Katherine Arden until 4 in the morning. I very much did not want to stop reading! I did the same with Allegiant, the last book of Veronica Roth's Divergent-trilogy. I think I was up until 2am but the experience stretched out a bit because, despite knowing exactly what was going to happen, I needed to have a dramatic cry. (Perhaps the stress of a pandemic and upcoming transcontinental move had something to do with this as well!) So I've definitely been up until the early morning hours, usually to disastrous effects the next day. After the Allegiant all-nighter my vision was so blurry all day I was worried I'd actually damaged my eyes xD

What are you reading today? And how long have you stayed up?