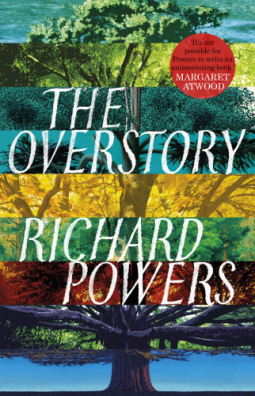 We finally had rain! I could have cried when I woke up this morning and there was cool air and the smell of rain coming in through the window. It's been absolutely suffocating here in the Netherlands the past few days, which is a major impediment towards any work for me. I can't focus when I'm hot. So hopefully I can make today and the weekend productive for when the heat comes back! I only reviewed one book this week, The Essex Serpent by Sarah Perry, but I have some really nice books lined up for review on their upcoming publication days! For today, I'm sharing excerpts from a book I need to get back into. I absolutely loved it when I first began reading it but somehow I, of course, got distracted. So now I'm back at it: The Overstory by Richard Powers.

The Overstory unfolds in concentric rings of interlocking fables that range from antebellum New York to the late twentieth-century Timber Wars of the Pacific Northwest and beyond:

An Air Force loadmaster in the Vietnam War is shot out of the sky, then saved by falling into a banyan.An artist inherits a hundred years of photographic portraits, all of the same doomed American chestnut.A hard-partying undergraduate in the late 1980s electrocutes herself, dies and is sent back into life by creatures of air and light.A hearing- and speech-impaired scientist discovers that trees are communicating with one another.

These four, and five other strangers – each summoned in different ways by trees – are brought together in a last and violent stand to save the continent’s few remaining acres of virgin forest.

There is a world alongside ours – vast, slow, interconnected, resourceful, magnificently inventive and almost invisible to us. This is the story of a handful of people who learn how to see that world and who are drawn up into its unfolding catastrophe.

'First there was nothing. Then there was everything.
Then, in a park above a western city after dusk, the air is raining messages.
A woman sits on the ground, leaning against a pine. Its bark presses hard against her back, as hard as life. Its needles scent the air and a force hums in the heart of the wood. Her ears tune down to the lowest frequencies. The tree is saying things, in words before words.' p.3 (first page)

I remember loving this opening. It's almost like a poem and it brings back to mind so many moments of sitting under trees, leaning against them, the rustling of the wind through their leaves... beautiful.

'The police give them back the fun. They own it, technically, by virtue of inheritance.' p.56

I have absolutely no memory of this snippet, however. Why is there a gun? Was it their father/mother's? Can't wait to dig back into it!

This week's question was submitted by Elizabeth from the wonderful Silver's Reviews:

How often do you post on your blog and/or social media? 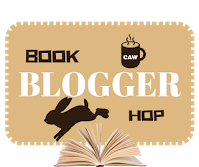 Great question, one which always fills me with guilt and self-doubt! I don't think I post enough reviews, mainly because once I get busy with "real life" the reviewing takes a back seat since it does require quite a bit of work from me sometimes. I keep reading, I just never make it to the posting. Anyway, I post at least two times a week at this point, the Mailbox Monday meme on Mondays and this post on Fridays. Between that I try to post as many reviews as is feasible. Some weeks that means one a day, other weeks that means one on a Sunday, if I'm lucky.

When it comes to the rest of social media I'm mostly consistent. I hardly Tweet myself, except about book-related things like reviews I want to share or books I want to highlight etc. I reTweet a lot. On Instagram I tend to post once every 2 weeks or so and it is usually related to my cat or a book that came in. Once I can go sightseeing and traveling again though, that will change!