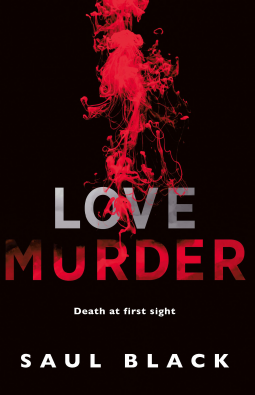 Thrillers continue to be my go-to genre when I'm in need of something to distract me. Not every thriller does the job equally well, especially when the twists are too predictable or the situations too cliche. Despite its suave tone, however, Lovemurder hit the exact right spot for me. Many thanks to Orion Publishing and NetGalley for providing me with a copy of this book in exchange for an honest review. My apologies for the delay.

Troubled San Francisco homicide detective Valerie Hart is planning a rare weekend away from the job when she gets the call. A body has been found. A woman, brutally murdered. And the cryptic note left by the body is addressed to Valerie.

The victim is unknown to her, but as Valerie analyses the scene, the clues begin to point in a deeply disturbing direction: to a maximum security prison where a woman called Katherine Glass is awaiting execution for a series of gruesome killings. And Valerie was the cop who put her there.

The last thing Valerie wants to do is re-enter Katherine's twisted world, but when a second body is discovered, with another puzzling clue, she realises she has no choice. Katherine Glass holds the key to the killings, and Valerie needs to find out what she knows before the murders come even closer to home.

Even if it means playing a deadly game where once again, the psychopathic killer holds all the cards.

Lovemurder is a second in a series but its perfectly accessible for a series-newbie, which is worthy of mentioning. Not every series is good at consistently re-introducing its characters each book but Lovemurder did. As such I got to know Valerie, Nick, and the other characters throughout the book without feeling like I had severely missed anything. And the characters are crucial to this novel. As the title implies, the story of Lovemurder is focused on both love and murder, how the two interrelate, and how the two differ. Surely love has nothing to do with murder, you say? Sure, technically. But if anything happened to those I love, murder as a response might not be off the table. It is a strong, passionate feeling, love, and it can be salvation or damnation, depending on you and your circumstances. Love as a theme echoes throughout Lovemurder, in all its varietes and shades. There is love between siblings, between partners, between co-workers, there is love that is really obsession, love that is abuse, and there is love that is friendship. I liked how Saul Black made love central to his story, the backbone of it even. It could have backfired massively, and yet it really worked.

Valerie Hart is still haunted by a case from years ago, when a man and woman murdered 6 women in gruesome ways. While she caught the woman, Katherine Glass, and put her behind bars, the man was never found. Now Valerie is confronted with a new murder and a note addressed to her. He is back and will not stop as long as Katherine remains in prison. And so Valerie has no choice but to return into Katherine's twisted world and hope she doesn't lose herself and those she loves along the way. Valerie is a badass character in a lot of great ways. She is dedicated to her job and to those she loves and while those two sometimes conflict with each other, Saul Black avoids the most obvious of cliches. Her family understands her priorities, they love her regardless, they communicate. It is sad that this surprised me so much, but it really heightened the enjoyment of the book for me. Valerie is supported by her network in a way you don't see often. The same counts for her (once again) boyfriend, Nick, who used to work in Homicide as well. They understand each other and so there is no easy spanner to be thrown in the works. Their connection, matured by previous drama, is genuine and provides a strong backbone to the novel, as I mentioned above. While some of the characters are typical to the genre, such as the hardy and tired FBI agent, they nonetheless come with their own little twists.

This is my first book by Saul Black, aka Glen Duncan, but it won't be my last. As I said above, I really enjoyed the way he centred love in Lovemurder, but I also really enjoyed the grittiness, or perhaps bluntness, of his writing. His characters are sexual beings and there is no hiding that in Lovemurder. It is explicit in its descriptions of sex in a way that may be surprising to some thriller-readers, but it is equally explicit in its descriptions of the murders. Lovemurder therefore not for the weak-hearted since its definitely aims straight for the jugular. But that is what makes the novel feel alove as well, with a certain urgency and vividness that I don't find in a lot of thrillers. While I technically saw the twist coming after about a third of the book, this didn't change my enjoyment. In a way it heightened it, making me suspect that Black dropped these clues on purpose. I will definitely be checking out the rest of the Valerie Hart series in the future!

Lovemurder is an excellent thriller, chockfull of, indeed, love and murder. While not for the faint-hearted, reading Black's novel will be majorly rewarding for any thriller and suspense fan!