Friday Memes and 'The Romance of the Rose'

What is most rewarding about being a book blogger?

There are quite a lot of things which I really enjoy and which are rewarding. However, the main thing that makes me feel like I actually contribute something, so to say, is when I get feedback from authors on my reviews! For example, this week I reviewed What Milo Saw by Virginia Macgregor, which I really enjoyed! I Tweeted her about my review and she liked it and it was just so rewarding to really feel like my review made a difference to her.

I also reviewed The Girl in the Road by Monica Byrne and I got a similar response and it just made me really glad to see people share the link to my review! And the fact that Monica herself enjoyed it as well was even better!

@universeinwords It was such a thoughtful review. And of course I'm glad you liked it. Thank you.
— Monica Byrne (@monicabyrne13) September 9, 2015


So, this is what makes this book blogging rewarding to me!

One of the main things I have to read for University at the moment is The Romance of the Rose, a medieval French text by Guillaume de Lorris and Jean de Meun. Of course I am reading it in translation, so I thought I'd start sharing my reading with you. 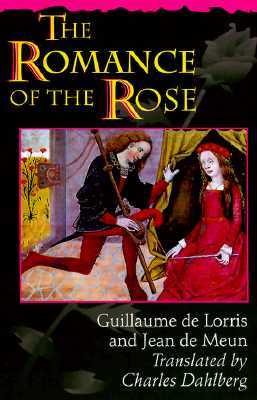 Many English-speaking readers of the Roman de la rose, the famous dream allegory of the thirteenth century, have come to rely on Charles Dahlberg's elegant and precise translation of the Old French text. His line-by-line rendering in contemporary English is available again, this time in a third edition with an updated critical apparatus. Readers at all levels can continue to deepen their understanding of this rich tale about the Lover and his quest - against the admonishments of Reason and the obstacles set by Jealousy and Resistance - to pluck the fair Rose in the Enchanted Garden. The original introduction by Dahlberg remains an excellent overview of the work, covering such topics as the iconographic significance of the imagery and the use of irony in developing the central theme of love. His new preface reviews selected scholarship through 1990 and beyond, which examines, for example, the sources and influences, the two authors, the nature of the allegorical narrative as a genre, the use of first person, and the poem's early reception. The new bibliographic material incorporates that of the earlier editions. The sixty-four miniature illustrations from thirteenth- and fifteenth-century manuscripts are retained, as are the notes keyed to the Langlois edition, on which the translation is based.

Book Beginnings and Friday 56 is hosted by Gillion over at Rose City Reader and Freda over at Freda's Voice.


'Many men say that there is nothing in dreams but fables and lies, but one may have dreams which are not deceitful, whose import becomes quite clear afterward. We may take as witness an author named Macrobius, who did not take dreams as trifles, for he wrote of the vision which came to King Scipio. Whoever thinks or says that to believe in a dream's coming true is folly and stupidity may, if he wishes, think me a fool; but, for my part, I am convinced that a dream signifies the good and evil that come to men, for most men at night dream many things in a hidden way which may afterward be seen openly.'  p.1

I like the way that the narrator seems to address the reader directly and talk about his own experiences, but personally I don't really believe in dreams as prophecies, so to say. I do, however, believe that we see the good and evil of the world in our dreams. I'm looking forward to getting more into this book/


'But I, outside the wall, was given over to sorrow and woe. If anyone knew the life I led, he would have to take great pity upon it.' p.56

I wonder how the seemingly cheerful narrator suddenly became so desperate between the first and the 56th page. It's quite a difference in tone, so I'm looking forward to seeing how it all works out!


That is me done for today! Since I actually have a day off I'll be able to do some blog-hopping and see everyone else's answers and teasers :)