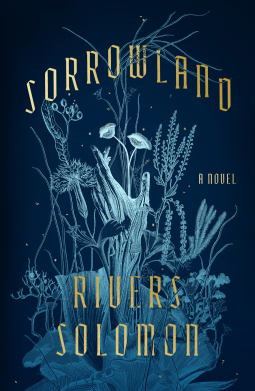 Happy Friday! It's been a rainy and foggy week here in the Netherlands but I've managed to keep focused and working on my deadlines. I'm also very excited to go see my family later in February and especially to get to see my sister again after months apart. But for now I'm keeping my motivation up by finally reading Sorrowland by Rivers Solomon.

A triumphant, genre-bending breakout novel from one of the boldest new voices in contemporary fiction.Vern—seven months pregnant and desperate to escape the strict religious compound where she was raised—flees for the shelter of the woods. There, she gives birth to twins, and plans to raise them far from the influence of the outside world.But even in the forest, Vern is a hunted woman. Forced to fight back against the community that refuses to let her go, she unleashes incredible brutality far beyond what a person should be capable of, her body wracked by inexplicable and uncanny changes.To understand her metamorphosis and to protect her small family, Vern has to face the past, and more troublingly, the future—outside the woods. Finding the truth will mean uncovering the secrets of the compound she fled but also the violent history in America that produced it.Rivers Solomon’s Sorrowland is a genre-bending work of Gothic fiction. Here, monsters aren’t just individuals, but entire nations. It is a searing, seminal book that marks the arrival of a bold, unignorable voice in American fiction.

'The child gushed out from twixt Vern's legs ragged and smelling of salt. Slight, he was, and feeble as a promise. He felt in her palms a great wilderness - such a tender thing as he could never be parsed fully by the likes of her.' 1%

I absolutely love this opening and the way the language works in it. I'm not quite sure how to put this into words yet, but there is something both archaic yet natural about it. I had to reread that last sentence a few times to fully grasp it, to see what Solomon was doing. And I love that in books!

'She was about to give up when she felt a prickle on the back of her neck. An invisible presence. Behind her.
"Lucy?" she whispered as her skin erupted into gooseflesh.' 56%

Ooh I wonder what is going on here. I already have something of an inkling as to who Lucy is, but I'm not sure why her potential presence would make Vern break out into gooseflesh.

This week's question is provided by Elizabeth over at Silver's Reviews:

Have you been listening to virtual author events? 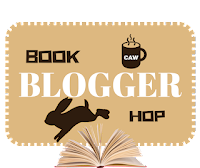 I frequently see authors Tweet about the events they're attending or the talks they're giving, but so far a lot of them are either on US time (which means I'd have to get up in the middle of the night) or somehow fall directly at the times when I already have classes or plans. But I'm definitely keeping an eye out for them because I would love to hear certain authors speak.

So that's it from me! What do you think of Sorrowland? And what are you reading?