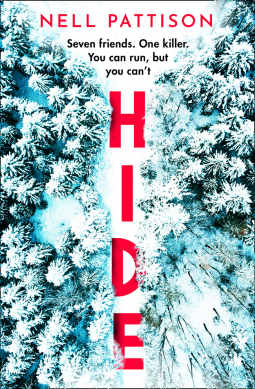 Happy Friday! Who is up for a killer hiding in a friendship group? I know I am ready for a snowy retreat in a nature reserve where something unexpected is about to go down.

Seven friends. One killer. You can run, but you can’t hide…

The Boxing Day hike is meant to bring their nature group together.Emily, the sister who never lets her hearing loss hold her back.Lauren, the sister who always feels a step behind.Morna, who doesn’t get on with Lauren.Ben, whose feelings for Emily border on obsession.Dan, the quiet newcomer to the group.Kai, who isn’t just on the hike to enjoy the wildlife.And Alec, the one who knows all their secrets.

As the sun sets, a gunshot rings out on the nature reserve.One of the seven is dead. And one of their number killed them…

As I see their face turn in my direction, their eyes light on me and narrow. I feel a jolt of fear. Is this the killer? I have a horrible feeling I'm right, though I don't know why they did it, or why they're after me now. All I know is that I have to start running again.' 1%

I love the start of this, the suspense, the knowledge that something is most definitely going to go down, hard. I also love the suspicion it creates, that even the person being hunted through the woods isn't clear on who the killer is.

'The sun is getting lower in the sky, the weak rays barely penetrating the trees in some places. I find some of the shadows a little disturbing, and twice think I see something moving out of the corner of my eye, but when I turn to look there’s nothing. It was probably a bird, I tell myself. After all, the reserve is full of them.' p.56(-ish, it's a bit weird in Digital Editions)

I wasn't sure what to pick from this page until I got to this moment. I love walking in the woods but there are definitely moments where you wonder... what was that noise? Is that shadow moving? Am I alone here and would it be better if the answer was yes or no?

This week's question was suggested by Penelope from The Reading Devil:

Do you have any bookish posters or artwork on your walls? 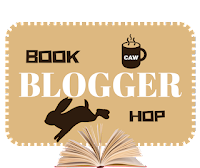 I wish I did, is the honest answer! For a while, at university, I used to put the dust jackets of books up on my wall, since I found them annoying while reading but they usually were super pretty. The occasional one would fall of the wall in the middle of the night which was less than ideal, but it was really pretty.

Once I'm a bit more settled somewhere I'd love to actually buy some artwork. Cover designs are so stunning these days, it is a shame to hide them away on a bookshelf.

Update: I just saw Freda at Freda's Voice talk about her literary tattoos and I was like 'oooh I have those!' I have an Old English poetry quote and I will, once the lockdown here ends, get a Latin Seneca quote. I know, how high-minded xD They're all about getting past things and thriving though.

So that's it from me! What do you think of Hide? And dooooo share pictures of any bookish artwork you have, I'd love to see!