Friday Friyay: 'The Road to Middle-Earth' by Tom Shippey 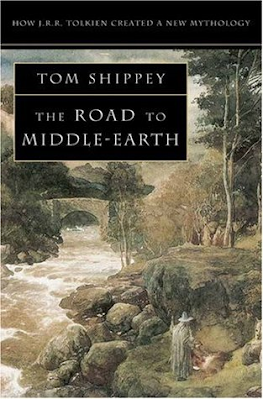 It's all been kind of stressful lately, with things going wrong at the house while I'm away, we probably have vermin and had to have someone come to exterminate them. Fingers crossed it worked! Being away meant that there wasn't much I could do anyway, but because of that I have had an insane amount of anxiety about it and how it's going to affect my start of the university year, etc. So yeah, only half able to fully enjoy the time away in Italy, but it's still really nice to see my dad and he has kind of been talking me through my concerns as well so phew. Fingers crossed things will be ok-ish when I get back on Sunday so I can cuddle my cat and just relax before the week starts.

But this post is actually about books and not me, so let's get into my latest read: The Road to Middle-Earth by Tom Shippey. I need to read this for one of my modules this year and I'm really enjoying it so far.

The Road to Middle-Earth is an exploration of J.R.R.Tolkien’s creativity and the sources of his inspiration. Tom Shippey shows in detail how Tolkien’s professional background led him to write The Hobbit and how he created a work of timeless charm for millions of readers. He discusses the contribution of The Silmarillion and Unfinished Tales to Tolkien’s myth-cycle, showing how Tolkien’s more ‘complex’ works can be read enjoyably and seriously by readers of his earlier books, and goes on to examine the 12-volume History of Middle-earth by Tolkien’s son and literary heir Christopher Tolkien, which traces the creative and technical processes through which Middle-earth evolved. The core of the book, however, concentrates on The Lord of the Rings as a linguistic and cultural map, as a twisted web of a story, and as a response to the inner meaning of myth and poetry.

By following the routes of Tolkien’s own obsessions – the poetry of languages and myth – The Road to Middle-earth shows how Beowulf, The Lord of the Rings, Grimm’s Fairy Tales, the Elder Edda and many other works form part of a live and continuing tradition of literature. It takes issue with many basic premises of orthodox criticism and offers a new approach to Tolkien, to fantasy, and to the importance of language in literature.

Book Beginnings is at home on Rose City Reader, hosted by Gilion Dumas, and Friday 56 at Freda's Voice, hosted by Freda. I'll also be joining the Book Blog Hop, hosted by Billy over at Ramblings of a Coffee Addicted Writer. BB:

'Chapter 1: 'Lit. and Lang'
'This is not a work that many adults will read right through more than once.' With these words the anonymous reviewer for the Times Literary Supplement (25 November 1955) summer up his judgement of J.R.R. Tolkien's The Lord of the Rings.' p.1

It must suck to look back on your own statements like that, only to realize that you were completely and utterly wrong! The Lord of the Rings became a pretty quick success, with its own cult following and it hasn't shown any signs of stopping or slowing down.

'All his instincts told him that dragons were like that - widespread in Northern legend, found in related languages from Italy to Iceland, deeply embedded in ancient story. Could this mean nothing?' p.56

The 'he' here is Tolkien and I'm bound to agree with him. It must mean something that dragons appear in so many literatures and mythologies. Perhaps it is the widespread appearance of dinosaur bones. Perhaps it is that we need something powerful like that.
BBH:
This week's question is another great suggestion by Elizabeth from Silver's Reviews: 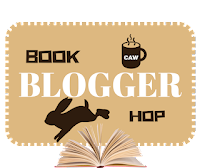 What do you use for a bookmark?
It took me a while to really "get into" nice bookmarks. I think I had some as a kid, but as an adult I very frequently just used the receipts or earmarked the page. I'm a big fan of my books looking like they're actually handled and read. While some I prefer to keep more pristine than others, I don't want my bookshelf to look too clinical. So there are plenty of odd receipts, earmarks, and random bookmarks I got from bookstores or museums to be found on my shelves.
So that's me! Apologies for the venting at the top of the post, but I do hope everyone has a lovely weekend coming up!
Labels: Academia Book Beginnings Book Blogger Hop Friday 56 Friday Friyay J.R.R. Tolkien Middle-Earth The Lord of the Rings The Road to Middle-Earth Tolkien Tom Shippey