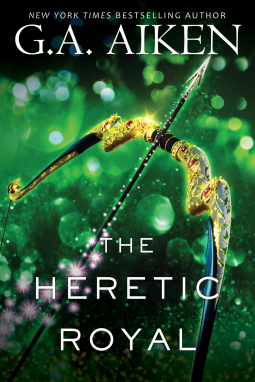 Happy Friday! I managed to bring back a cold from my trip to Germany. I think it was the getting in and out of air-conditioned trains while it was super hot outside and also me being really tired in general. So I'm gonna try and take it easy this weekend, or at least take it easy on Saturday. And part of that relaxing is The Heretic Royal. I'm way late with reading the last two installments of this trilogy but I just read The Princess Knight on the train back and I can't wait to get into the lovely ridiculousness of these books again!

He could not actually hear those words over the sound of all the thundering hooves crashing against the ground - his queen's battalion charging into the town the false ruler had built for herself and her friends - but he could hear the woman's words whispering through the wind, could see her in his mind, standing tall and gesturing toward their riders with a toss of her hand.' 1%

What an opening! It literally picks up right where The Princess Knight ended but this perspective is from an unknown character who I don't think has very long to live... I love that we're jumping straight into the action as well!

'"You are a very disturbed person," Gemma said, walking away. "So very fucking disturbed."' 56%

Aaaah yess, this is the Gemma I know and adore. She was a beautiful mess in The Princess Knight and I'm glad to see Aiken is not letting up on the cursing in this third book. It might not be for everyone, this kind of writing, but there is something so loose and fresh about it that I absolutely revel in in-between all my more serious, non-fiction reads for work.

If you receive a request from an author to read his/her book and you don't have time, do you suggest another way to help the author? 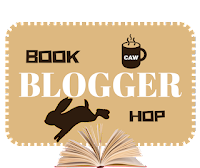 Great question! I actually currently have a message on my blog asking to not be contacted directly, because I have an insane TBR and when I work with an author directly I want to be able to really engage with them and not give them a disappointing experience. But when authors do still contact me, I do sometimes offer them a guest-post spot where they can tell us about their book and writing process and anything else they'd like or a Spotlight post where I just give some information on the book itself.

Even then, I am a little hesitant on doing that with everyone because not every author who contacts me writes books I'm in to. So then I have to weigh up for myself what I want to do. And so often I don't actually find the time to check my inbox regularly so I think what I'm realising while I'm writing this post is that I need to be on-top of these things a little bit more...

So that's it for me! What do you think of The Heretic Royal?