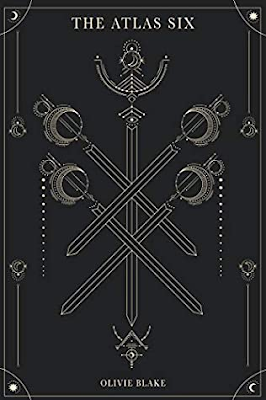 Happy Friday! I've been insanely social this week, so I absolutely need a quiet weekend full of reading. It's also been beautiful weather during the week, which has made everything more fun. One of the books that came in this week is The Atlas Six by Olivie Blake. It's self-published and I absolutely fell in love with the cover and the blurb!

The Alexandrian Society, caretakers of lost knowledge from the greatest civilizations of antiquity, are the foremost secret society of magical academicians in the world. Those who earn a place among the Alexandrians will secure a life of wealth, power, and prestige beyond their wildest dreams, and each decade, only the six most uniquely talented magicians are selected to be considered for initiation.

Enter the latest round of six: Libby Rhodes and Nico de Varona, unwilling halves of an unfathomable whole, who exert uncanny control over every element of physicality. Reina Mori, a naturalist, who can intuit the language of life itself. Parisa Kamali, a telepath who can traverse the depths of the subconscious, navigating worlds inside the human mind. Callum Nova, an empath easily mistaken for a manipulative illusionist, who can influence the intimate workings of a person’s inner self. Finally, there is Tristan Caine, who can see through illusions to a new structure of reality—an ability so rare that neither he nor his peers can fully grasp its implications.

When the candidates are recruited by the mysterious Atlas Blakely, they are told they will have one year to qualify for initiation, during which time they will be permitted preliminary access to the Society’s archives and judged based on their contributions to various subjects of impossibility: time and space, luck and thought, life and death. Five, they are told, will be initiated. One will be eliminated. The six potential initiates will fight to survive the next year of their lives, and if they can prove themselves to be the best among their rivals, most of them will.

'Perhaps it was a tired thing, all the references the world had already made to the Ptolemaic Royal Library of Alexandria. History had proven it endlessly fascinating as a subject, either because the obsession with what might have contained was bounded only by the imagination or because humanity typically longs for things most ardently as a collective. All men can love a forbidden thing, generally speaking, and in most cases knowledge is precisely that; lost knowledge even more so. Tired or not, there is something for everyone to long for when it comes to the Library of Alexandria, and we have always been a species highly susceptible to the call of the distant unknown.' p.7 (first page)

I know, quite a long quote but I wanted to give you all of it because I do think Blake perfectly sums up why we all love the Library of Alexandria so much! It's stores are boundless in our imagination, there is no limit to what we can imagine it might have contained!

'"When did you even have time to grow maternal instincts?" Max asked him, sniffing the air as Nico began sifting through food in the kitchen.
"Probably during some class you didn't attend," Gideon told Max before turning back to Nico.' p.56

I think I'm going to enjoy the sassing back and forth between the different characters! Nothing quite like high-pressure situations full of puns.

This week's question was suggested by Julie over at Stepping Stones Book Reviews: 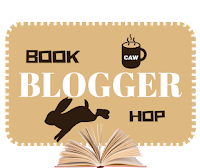 Are you more willing to read traditionally published books than self-published (indie) books? or do you not have a preference?

Well this question is perfectly timed considering I'm featuring a self-published book today! When I first started book blogging I predominantly read self-published books that were sent to me by the authors themselves. I did really enjoy that close contact with the authors and usually the only real difference between traditional and self-published books was the attention to detail in the editing, which makes sense. The stories, imagery, characters are amazing no matter which publishing path the book ends up taking.

Nowadays I usually read more traditionally published books, but I keep an eye on independently published books through NetGalley as well for when something pops up that fits my taste, like The Atlas Six!

So that's me! What are you reading this week?